A healthy genome is characterized by 23 pairs of chromosomes, and even a small change in this structure -- such as an extra copy of a single chromosome -- can lead to severe physical impairment. So it's no surprise that when it comes to cancer, chromosomal structure is frequently a contributing factor, says Prof. Ron Shamir of the Blavatnik School of Computer Science at Tel Aviv University.

Now Prof. Shamir and his former doctoral students Michal Ozery-Flato and Chaim Linhart, along with fellow researchers Prof. Shai Izraeli and Dr. Luba Trakhtenbrot from the Sheba Medical Center, have combined techniques from computer science and statistics to discover that many chromosomal pairs are lost or gained together across various cancer types. Moreover, the researchers discovered a new commonality of chromosomal aberrations among embryonic cancer types, such as kidney, skeleton, and liver cancers.

These findings, recently published in Genome Biology, could reveal more about the nature of cancer. As cancer develops, the genome becomes increasingly mutated -- and identifying the pattern of mutation can help us to understand the nature and the progression of many different kinds of cancer, says Prof. Shamir.

Looking at the big picture

When analyzing many different kinds of cancer, however, the researchers discovered that chromosomal aberrations among different cancers happen together in a noticeable and significant way. The researchers studied a collection of more than fifty thousand cancer karyotypes -- representations of chromosomal layouts in a single cell -- and charted them according to commonalities. The researchers were not only able to confirm different chromosomal aberrations that appeared in specific cancer types, but also for the first time identified a broader effect of pairs of chromosomes being lost or gained together across different cancer types.

It was also the first time that researchers saw a connection among solid kidney, skeleton, and liver cancers. While it was known that these cancers all develop in the embryo, they were previously analyzed independently. The TAU researchers have now confirmed that they share chromosomal characteristics and aberrations, much like various forms of leukemia or lymphomas.

Aberrations a driving force for cancer

Under normal circumstances, even a small change to a person's chromosomal structure can be devastating. For example, Down's syndrome is caused by a single extra copy of Chromosome 21. "But in cancer, there are many cases of extra or missing chromosomes. Yet cancer cells thrive more effectively than other cells," Prof. Shamir says.

Prof. Shamir hopes that future investigation into these chromosomal aberrations will give researchers more clues into why something that is so detrimental to our healthy development is so beneficial to this disease. Cancer is the result of sequences of events, he says, each causing the genome to become more mutated, mixed, and duplicated. Tracking these changes could aid our understanding of the driving forces of cancer's progress.

Prof. Shamir heads the Edmond J. Safra Program for Bioinformatics and holds the Raymond and Beverly Sackler Chair in Bioinformatics.

American Friends of Tel Aviv University (www.aftau.org) supports Israel's leading, most comprehensive and most sought-after center of higher learning. Independently ranked 94th among the world's top universities for the impact of its research, TAU's innovations and discoveries are cited more often by the global scientific community than all but 10 other universities.

Internationally recognized for the scope and groundbreaking nature of its research and scholarship, Tel Aviv University consistently produces work with profound implications for the future.

Patterns of chromosome abnormality: The key to cancer? 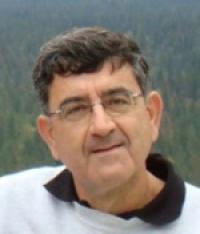