NEW YORK, N.Y. - Autism Speaks is pleased to announce its first Philip and Faith Geier Autism Research Grants in Environmental Sciences, named in honor of Phil Geier and his late wife, Faith in recognition of his service to Autism Speaks and to the many individuals and families affected by autism. Acknowledging Mr. Geier's longstanding interest in the field, this grant will be awarded annually to the outstanding researcher, among the many funded by Autism Speaks, seeking to uncover the environmental factors whose interactions with genetic factors might be a cause of autism. This inaugural Geier Grant is awarded to epidemiologist M. Daniele Fallin, Ph.D., of Johns Hopkins Bloomberg School of Public Health, for her outstanding project on gene-environment interactions entitled "Genome-wide Examination of DNA Methylation in Autism." For this three-year project, Dr. Fallin will receive $449,998.

Fallin and her team will be studying gene-environment interactions across the entire genome of children affected by autism spectrum disorder (ASD), with a focus on environmental influences during pregnancy, birth and early childhood. At present autism cannot be reliably detected before one year of age. But research suggests that it arises from disordered development during early brain growth and involves both genetic and environmental influences.

"This annual grant represents just the beginning of our commitment to fully investigate the environmental impacts that affect autism risk," Geier commented. "In the years ahead, you will see us supporting much more research in this neglected area."

Fallin will be investigating epigenetic changes in the DNA of 300 children with ASD and comparing them to changes in 300 unaffected children. Epigenetics is a rapidly growing field of research examining the factors that influence gene expression. Research has shown, for example, that environmental influences such as infections, nutrition, toxins and hormones can essentially turn genes on or off. Some of these exposures can act much like a mutation to silence a gene or dampen its activity.

On a technical level, Fallin's team will be looking at changes in DNA methylation, an epigenetic process central to gene regulation. By relating this analysis to information on specific environmental conditions during gestation, birth and early childhood, the findings have the potential to identify avoidable risks and provide guidance for earlier diagnosis and improved treatments.

"The Geier Grant is phenomenal because it recognizes that we need to better understand how environmental influences can alter the biology of the brain and body in ways that affect autism risk," Fallin said. "Epigenetics may well be the mechanism by which this interaction occurs. It is also the area of research that brings together scientists who study autism's genetics with those who study environmental influences. It is so vitally important for autism science that we have these two groups working together."

"We share Phil and Dani's excitement about this highly innovative project," added Autism Speaks Chief Science Officer Geri Dawson, Ph.D. "It will explore in detail, for the first time, whether and how the environment may be influencing gene expression in autism. We hope that this will lead to insights into methods for reducing risk as well as new treatments to improve the lives of those who struggle with autism."

The Autism Speaks' Strategic Plan for Science sets environmental research as a priority, stating: Prevention and treatment of autism through alteration of potential environmental factors is now considered a fundamental goal of research... A wide range of environmental factors needs to be vigorously explored, including but not limited to exposure to toxins, vaccines, chemicals, and immune challenges.

Donations totaling over $640,000 have been received for the Geier fund. Individuals, organizations and corporations who would like to contribute to the Philip and Faith Geier Autism Research Grants in Environmental Sciences, and its focus on environmental research, may contact Richard Brown, Autism Speaks vice president of leadership giving, rbrown@autismspeaks.org

Autism is a general term used to describe a group of complex developmental brain disorders - autism spectrum disorders - caused by a combination of genes and environmental influences. These disorders are characterized, in varying degrees, by social and behavioral challenges, as well as repetitive behaviors. An estimated 1 in 110 children in the U.S. is on the autism spectrum - a 600 percent increase in the past two decades that is only partly explained by improved diagnosis.

Autism Speaks is the world's largest autism science and advocacy organization. Since its inception in 2005, Autism Speaks has made enormous strides, committing over $173 million to research and developing innovative resources for families. The organization is dedicated to funding research into the causes, prevention, treatments and a cure for autism; increasing awareness of autism spectrum disorders; and advocating for the needs of individuals with autism and their families. In addition to funding research, Autism Speaks has created resources and programs including the Autism Speaks Autism Treatment Network, Autism Speaks' Autism Genetic Resource Exchange and several other scientific and clinical programs. Notable awareness initiatives include the establishment of the annual United Nations-sanctioned World Autism Awareness Day on April 2, which Autism Speaks celebrates through its Light it Up Blue initiative. Also, Autism Speaks award-winning "Learn the Signs" campaign with the Ad Council has received over $300 million in donated media. Autism Speaks' family resources include the Autism Video Glossary, a 100 Day Kit for newly-diagnosed families, a School Community Tool Kit, a Grandparent's Guide to Autism, and a community grant program. Autism Speaks has played a critical role in securing federal legislation to advance the government's response to autism, and has successfully advocated for insurance reform to cover behavioral treatments in 29 states thus far, with bills pending in an additional 10 states. Each year Walk Now for Autism Speaks events are held in more than 80 cities across North America. To learn more about Autism Speaks, please visit http://www.autismspeaks.org.

Autism Speaks was founded in February 2005 by Suzanne and Bob Wright, the grandparents of a child with autism. Bob Wright is Senior Advisor at Lee Equity Partners and Chairman and CEO of the Palm Beach Civic Association. He served as Vice Chairman of General Electric; and as the Chief Executive Officer of NBC and NBC Universal for more than twenty years. He also serves on the board of directors of the Polo Ralph Lauren Corporation, Mission Product, EMI Group Global Ltd., and AMC Networks Inc., and is a Trustee of the New York Presbyterian hospital. Suzanne Wright is a Trustee Emeritus of Sarah Lawrence College, her alma mater. Suzanne has received numerous awards, the Women of Distinction Award from Palm Beach Atlantic University, the CHILD Magazine Children's Champions Award, Luella Bennack Volunteer Award, Spirit of Achievement award by the Albert Einstein College of Medicine's National Women's Division and The Women of Vision Award from the Weizmann Institute of Science. In 2008, the Wrights were named to the Time 100 Heroes and Pioneers category, a list of the most influential people in the world, for their commitment to global autism advocacy. They have also received the first ever Double Helix Award for Corporate Leadership from Cold Spring Harbor Laboratory, the NYU Child Advocacy Award, the Castle Connolly National Health Leadership Award and the American Ireland Fund Humanitarian Award. In the past couple of years the Wrights have received honorary doctorate degrees from St. John's University, St. Joseph's University and UMass Medical School. 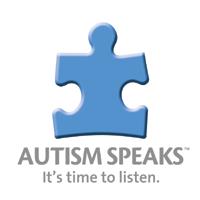