Paul Alivisatos, director of the U.S. Department of Energy (DOE)'s Lawrence Berkeley National Laboratory (Berkeley Lab) and the University of California (UC) Berkeley's Larry and Diane Bock Professor of Nanotechnology, has won the prestigious Wolf Foundation Prize in Chemistry for 2012. Alivisatos is an internationally recognized authority on nanochemistry and a pioneer in the synthesis of semiconductor quantum dots and multi-shaped artificial nanostructures. He shares this year's Wolf Prize in Chemistry with fellow nanoscience expert Charles Lieber of Harvard University. The Wolf Foundation, which is based in Israel, has been recognizing outstanding scientists and artists annually since 1978. This year's winners include the renowned tenor and conductor Placido Domingo.

"I am greatly honored to share the 2012 Wolf Prize in Chemistry with my friend Charlie Lieber from Harvard," said Alivisatos. "It is also thrilling to be in the same class of Wolf Prize recipients as Placido Domingo."

The Wolf Foundation Prize, which is awarded in the scientific fields of agriculture, chemistry, mathematics, medicine and physics, and in a variety of the arts, consists of a certificate and a monetary award of $100,000. Recipients are selected by an international committee of recognized experts in each field. As of 2011, a total of 253 scientists and artists from 23 countries have been honored, including four scientists from Berkeley Lab - Gabor Somorjai, Peter Schultz, Alexander Pines and George Pimentel. Laureates receive their awards from the President of Israel at a special ceremony of Israel´s Parliament in Jerusalem.

The citation on Alivisatos' chemistry prize credits him for his development of the colloidal inorganic nanocrystal as a building block of nanoscience and for "making fundamental contributions to controlling the synthesis of these particles, to measuring and understanding their physical properties, and to utilizing their unique properties for applications ranging from light generation and harvesting to biological imaging."

Alivistos is widely recognized as the man who demonstrated that semiconductor nanocrystals can be grown into two-dimensional rods and other shapes as opposed to spheres. This achievement paved the way for a slew of new applications including biomedical diagnostics, revolutionary photovoltaic cells and LED materials. He also demonstrated key applications of nanocrystals in biological imaging and renewable energy. Prior to his research, all non-metal nanocrystals were dot-shaped, meaning they were essentially one-dimensional.

U.S. Energy Secretary and Nobel laureate Steven Chu once said of Alivisatos, "He has been a world leader in the synthesis of artificial nanostructures and quantum dot technology, and one of the principal scientific drivers behind the use of nanoscience technologies to create a new generation of solar photovoltaic cells."

Alivisatos was born in Chicago on November 12, 1959. He lived there until the age of 10, when his family moved to Athens, Greece, where he would remain through high school. Alivisatos has said of his years in Greece that it was a great experience for him because he had to learn the Greek language and culture then catch up with the more advanced students.

"When I found something very interesting it was sometimes a struggle for me to understand it the very best that I could," he has said of that experience. "That need to work harder became an important motivator for me."

Alivisatos returned to the United States to attend the University of Chicago where in 1981 he earned his B.A. in Chemistry with honors. He attended graduate school at UC Berkeley, graduating with a Ph.D. in Chemical Physics in 1986. He went to AT&T Bell Labs as a post-doctoral fellow and returned to Berkeley in 1988 as an assistant professor of chemistry. He was promoted to associate professor in 1993 and full professor in 1995. He served as UC Berkeley's Chancellor's Professor from 1998 to 2001, and added an appointment as a professor of materials science and engineering in 1999.

Alivisatos' affiliation with Berkeley Lab began in 1991 when he joined the staff of the Materials Sciences Division. He rose to become director of that division in 2002, a position he held for six years. In 2001 he was named to head a new U.S. Department of Energy center for nanoscience called the Molecular Foundry, which is hosted at Berkeley Lab. He continued to direct research at the Foundry until 2005. From 2005 to 2007 he served as Berkeley Lab's Associate Laboratory Director for Physical Science.

Alivisatos was appointed to lead Berkeley Lab's Materials Sciences Division by then Lab director Charles Shank who hailed him as "one of the fathers of nanoscience." Among the first to publish scientific results in the field, Alivisatos went on to publish well over 100 papers.

The many awards and recognitions Alivisatos has received for his science include the Ernest Orlando Lawrence Award, the Eni Italgas Prize for Energy and Environment, the Rank Prize for Optoelectronics Award, the Wilson Prize, the Coblentz Award for Advances in Molecular Spectroscopy, and the U.S. Department of Energy's Award for Sustained Outstanding Research in Materials Chemistry and Outstanding Scientific Accomplishment in Materials Chemistry. In addition, Alivisatos has held fellowships with the American Association for the Advancement of Science, the American Physical Society, the American Chemical Society and the Alfred P. Sloan Foundation. He is a member of the National Academy of Sciences and the American Academy of Arts and Sciences. 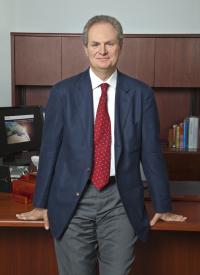