This release is available in Spanish.

Tecnalia is leading a project in the south of Ecuador on the conservation and enhancement of its cultural heritage as the backbone in the improvement in the living conditions of the local population, and in economic development.

This initiative sets out to increase the quality of life of the people who inhabit the historical centres of the southern towns of Loja and Zaruma that are subjected to the constant threat of floods and landslides. These natural risks pose an added danger to the integrity of their cultural heritage, which is hampering the economic impetus of this area through tourism and other economic activities related to the promotion of culture.

Loja and Zaruma are located in the provinces of Loja and El Oro. The main structural feature of the latter is the Piñas-Portovelo fault system. So landslides in part of the city's topsoil are common. As far as Loja is concerned, 51% of its surface is regarded as being affected by risks, ranging from moderate to very high, which means that 35% of its buildings are in jeopardy. Faced with this situation, Tecnalia has embarked on a project designed to set up a tool for managing the risks in 22 heritage cities in Ecuador.

Today, Ecuador lacks sufficient capacity to undertake a plan to manage the risks faced by its historical heritage that would make it possible to mitigate the action that these natural and human-induced risks pose for the cultural heritage of its historical cities and for the people that inhabit them.

During the development of the project the necessary infrastructure is going to be built, adapted and equipped for the preparation and theoretical and technical training of the local personnel, thus ensuring the long-term viability and sustainability of the project.

The total investment in the project amounts to 500,000 euros, half of which is being provided by the Government of the Basque Autonomous Community (region) through Elankidetza, the Basque Agency for Co-operation and Development. The rest of the budget is being funded by local Ecuadorian partners, by the United Nations Programme for Development, and by Tecnalia itself.

The initiative, which is expected to be completed by the end of next year, is focussing on three lines of work: the strengthening of the national and municipal institutions for managing the risks facing the cultural heritage and the citizens in the historical centres; awareness building among the inhabitants of Loja and Zaruma about the care, respect and preservation of their historical and cultural heritage; and the reinforcing of the structural safety of the buildings in the two cities against the natural risks they have to contend with.

There are also plans to extend the project to the 22 municipalities that make up the Network of Historical Cities of Ecuador.

Technical personnel from Tecnalia, the INPC, and the Municipalities of Loja and Zaruma will be participating directly in the tasks of the project, together with the inhabitants of the buildings scheduled to be structurally reinforced and the population of the two cities. Four million people stand to benefit following the extending of the project to the 22 municipalities. 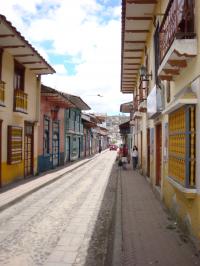