Rocio Sotillo, a staff scientist at the European Molecular Biology Laboratory (EMBL) in Monterotondo, is one of 28 outstanding young biomedical scientists who have been honoured with a Howard Hughes Medical Institute (HHMI) International Early Career Scientist award this year. The prize, $650,000 for five years, is designed to give a boost to international scientists working in selected countries outside the United States. The award recognises the potential of Sotillo's research and will help her to establish an independent research programme.

Sotillo's group at EMBL Monterotondo is generating more accurate mouse models for studying cancer and developing treatments. She and her team will use these models to investigate, at a molecular level, how errors in cell division leave cells with fewer or more chromosomes than normal, and how this causes tumours to develop or relapse. To bring such studies into the context of human cells, Sotillo and colleagues at EMBL are also developing new ways to grow lung cancer cells in three-dimensional cultures. Sotillo gained her PhD in molecular biology from the Autonomous University of Madrid and the Spanish National Cancer Center in 2002. Subsequently she conducted postdoctoral work at the Memorial Sloan Kettering Cancer Center in New York. She has been working at EMBL Monterotondo since September 2010. 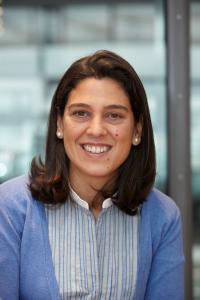