This release is also available in Chinese on EurekAlert! Chinese.

Jena (Germany) Girls are not as good at playing football as boys, and they do not have a clue about cars. Instead they know better how to dance and do not get into mischief as often as boys. Prejudices like these are cultivated from early childhood onwards by everyone. "Approximately at the age of three to four years children start to prefer children of the same sex, and later the same ethnic group or nationality," Prof. Dr. Andreas Beelmann of the Friedrich Schiller University Jena (Germany) states. This is part of an entirely normal personality development, the director of the Institute for Psychology explains. "It only gets problematic when the more positive evaluation of the own social group, which is adopted automatically in the course of identity formation, at some point reverts into bias and discrimination against others," Beelmann continues.

To prevent this, the Jena psychologist and his team have been working on a prevention programme for children. It is designed to reduce prejudice and to encourage tolerance for others. But when is the right time to start? Jena psychologists Dr. Tobias Raabe and Prof. Dr. Andreas Beelmann systematically summarise scientific studies on that topic and published the results of their research in the science journal Child Development (DOI: 10.1111/j.1467-8624.2011.01668.x.).

According to this, the development of prejudice increases steadily at pre-school age and reaches its highest level between five and seven years of age. With increasing age this development is reversed and the prejudices decline. "This reflects normal cognitive development of children," Prof. Beelmann explains. "At first they adopt the social categories from their social environment, mainly the parents. Then they start to build up their own social identity according to social groups, before they finally learn to differentiate and individual evaluations of others will prevail over stereotypes." Therefore the psychologists reckon this age is the ideal time to start well-designed prevention programmes against prejudice. "Prevention starting at that age supports the normal course of development," Beelmann says. As the new study and the experience of the Jena psychologists with their prevention programme so far show, the prejudices are strongly diminished at primary school age, when children get in touch with members of so-called social out groups like, for instance children of a different nationality or skin colour. "This also works when they don't even get in touch with real people but learn it instead via books or told stories."

But at the same time the primary school age is a critical time for prejudices to consolidate. "If there is no or only a few contact to members of social out groups, there is no personal experience to be made and generalising negative evaluations stick longer." In this, scientists see an explanation for the particularly strong xenophobia in regions with a very low percentage of foreigners or migrants.

Moreover the Jena psychologists noticed that social ideas and prejudices are formed differently in children of social minorities. They do not have a negative attitude towards the majority to start with, more often it is even a positive one. The reason is the higher social status of the majority, which is being regarded as a role model. Only later, after having experienced discrimination, they develop prejudices, that then sticks with them much more persistently than with other children. "In this case prevention has to start earlier so it doesn't even get that far," Beelmann is convinced.

Generally, the psychologist of the Jena University stresses, the results of the new study don't imply that the children's and youths attitudes towards different social groups can't be changed at a later age. But this would then less depend on the individual development and very much more on the social environment like for instance changing social norms in our society. Tolerance on the other hand could be encouraged at any age. The psychologists' "prescription": As many diverse contacts to individuals belonging to different social groups as possible. "People who can identify with many groups will be less inclined to make sweeping generalisations in the evaluation of individuals belonging to different social groups or even to discriminate against them," Prof. Beelmann says. 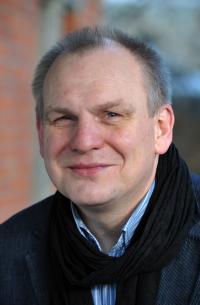