Augusta, Ga. - It was a "common sense" decision to start the company in a large, mostly rural state in the middle of the stroke belt.

"We wanted to give better stroke care," said Dr. David Hess, stroke specialist and Chairman of the Department of Neurology at the Medical College of Georgia at Georgia Health Sciences University. It was the year 2000 and Hess and his colleagues were frustrated that nearly five years after the first stroke medication was approved by the Food and Drug Administration, patients were arriving at Georgia Health Sciences Medical Center too late to get the clot-busting drug that could reduce their stroke damage.

"We had customers before we had a company," said Hess, a founder and Chairman of the Board of REACH Health, Inc., the six-year-old company that packaged the need for rapid stroke care with the emerging capabilities of the Internet to provide that care remotely.

The company received a 2012 Georgia Bio Community Award Jan. 26 for its significant contributions to Georgia's life sciences industry. Georgia Bio is a private, non-profit representing universities, medical centers, companies and others involved in developing products that improve the health and well-being of people, animals and the environment.

The first iteration of the system was assembled at MCG: a security camera on an intravenous pole that rolled alongside a computer on a cart. In late 2011, REACH rolled out its fourth iteration: a professionally assembled, sleek system that enables immediate access to a wider range of care, such as critical or cardiac care.

"Anywhere we have time-critical situations or a severe shortage of specialists, the REACH system can perform," said Richard E. Otto, the company's Chief Executive Officer. REACH has offices in Alpharetta, Ga., a center for health care information technology, as well as the Georgia Medical Center Authority in Augusta, a statewide authority to advance the life sciences. The system, which works on a hub and spoke model, operates in more than 100 hospitals in a growing number of states that include Alaska, New York, Ohio, South Carolina and Louisiana.

"Today it's a uniform platform with multiple applications," Hess said. "That is what our customers want."

Part of REACH's success is what Hess calls its "secret sauce," which enables an interactive consultation between the stroke specialist and referring physician. "They put in data, we put in data, so in the end we produce a consult they can follow with guidelines, for example, on how to give tPA," Hess said, referencing the only FDA-approved stroke drug. Quick administration is necessary to maximize the drug's effectiveness and, even after all these years, less than 5 percent of patients get it. That disconnect is the primary reason development of a remote care system was common sense, Hess said. "It's an immediate, collaborative consultation in the cloud."

"It's never going to take the place of a physician and a patient sitting across from each other but that is not always possible," Otto added. In fact, with fewer than four stroke specialists for every 100,000 people, it's highly unlikely for stroke care.

"Efficiencies in medicine are driving decisions in medicine," Otto said. No doubt the REACH system increases the efficiency of stroke specialists by making distance from the patient irrelevant, he said. That's particularly cogent in an aging population with too few doctors.

REACH targets academic health centers, which tend to attract stroke specialists, as the logical starting point for developing the hub-and-spoke model that makes the system an efficient, effective tool on both ends of the patient consultation, Hess said. Georgia Health Sciences Medical Center, the original hub, now connects with 17 smaller hospitals across Georgia.

The latest REACH system is being tested at St. Joseph's/Candler in Savannah, the hub for eight hospitals in surrounding communities. The health system is still looking at the spectrum of specialties it will roll out with the system's expanded capabilities. St. Joseph's/Candler Stroke NET-work became operational in May 2009.

"St. Joseph's/Candler is committed to finding technology to help patients get treated quickly and recover faster," said Paul P. Hinchey, President & CEO of St. Joseph's/Candler. "We've had such a good experience with REACH that upgrading to the 4.0 platform was an easy decision. It will allow patients in our region fast and easy access to our expert specialists."

GHSU researchers showed in a study published in 2003 in Stroke: Journal of the American Heart Association that stroke patients in rural communities could be assessed and treated via the wireless Internet program just as well 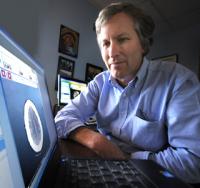