SAN FRANCISCO, CA--January 22, 2012--Scientists at the Gladstone Institutes have identified a finely tuned mechanism by which fetal heart muscle develops into a healthy and fully formed beating heart--offering new insight into the genetic causes of congenital heart disease and opening the door to one day developing therapies to fight this chronic and potentially fatal disorder.

In a paper being published online today in Nature Genetics, researchers in the laboratory of Gladstone Senior Investigator Benoit Bruneau, PhD, describe the roles that two genes--Ezh2 and Six1--play in embryonic heart development, while also uncovering how the genetic basis of embryonic heart formation can have profound health consequences later in life.

This research highlights the emerging importance of a biological process called "epigenetics," in which a genetic change that is inherited by a cell or organism early during development has long-term consequences. Epigenetics is of particular interest in heart development, as the incorrect activation of genes in fetal development can lead to congenital heart disease into adulthood.

"Approximately 1.3 million children and adults in the United States live with congenital heart disease--requiring daily medications, surgeries and for some, heart transplants," said Dr. Bruneau, who is also a professor of Pediatrics at the University of California, San Francisco, with which Gladstone is affiliated. "An understanding of the epigenetic regulation of heart development could someday bring us closer to improving the lives of these individuals."

At specific times during healthy heart development, Ezh2 acts as a "master regulator," shutting off genes that are no longer needed or that need to be kept off. In the past, the focus has been on which genes get switched on during normal heart development. But in this paper, Dr. Bruneau, along with Gladstone Postdoctoral Scholar Paul Delgado-Olguin, PhD, investigated which genes must remain off to ensure the development of a healthy heart.

In laboratory experiments, Drs. Bruneau and Delgado-Olguin removed Ezh2 from mice at various developmental stages, monitoring any ensuing genetic or physical changes and comparing them to mice whose Ezh2 remained intact. Surprisingly, mice without Ezh2 developed normally in the uterus. It wasn't until after birth that they began to show problems. Their hearts became enlarged and weakened and were unable to pump blood efficiently. An enlarged heart is a hallmark feature of cardiomyopathy, a form of congenital heart disease that afflicts thousands of children each year and for which the only manifestation may be sudden death.

Further analysis revealed that Six1 is normally on only for a brief period during heart development, after which Ezh2 shuts it off for good. But without Ezh2 to act as a regulator, Six1 remains on--leading to heart problems later in life.

"When Six1 remains active for too long in Ezh2-deficient mice, it boosts the activity of other genes that shouldn't be activated in heart-muscle cells--such as genes that make skeletal muscle," said Dr. Delgado-Olguin. "The enlargement and thickening of the mice's hearts over time eventually led to heart failure."

"Six1 is just one of many Ezh2-regulated genes that are vital for heart development," said Dr. Bruneau. "Our next goal is to find out exactly how Ezh2 regulates these other genes, so that we can begin to develop a complete genomic blueprint of how a heart becomes a heart."

Gladstone is an independent and nonprofit biomedical-research organization dedicated to accelerating the pace of scientific discovery and innovation to prevent illness and cure patients suffering from cardiovascular disease, neurological disease, or viral infections. Gladstone is affiliated with the University of California, San Francisco. 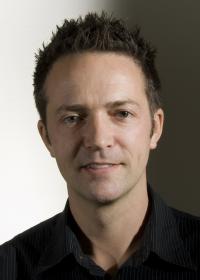