SAN FRANCISCO, CA--January 25, 2012-- Scientists at the Gladstone Institutes, an independent and nonprofit biomedical-research organization, have identified a protein that exacerbates symptoms of Parkinson's disease--a discovery that could one day lead to new treatments for people who suffer from this devastating neurodegenerative illness.

In a paper being published online today in Neuron, Gladstone Investigator Anatol Kreitzer, PhD, and Talia Lerner, PhD, who worked at Gladstone while completing her graduate studies at the University of California, San Francisco (UCSF), describe how a protein called RGS4 normally helps regulate the activity of neurons in the striatum--the part of the brain that controls movement. But in experimental models of Parkinson's disease, RGS4 does the opposite by actually contributing to problems with motor control. The result is a deterioration of movement and motor coordination, which are the hallmark symptoms of Parkinson's. More than 10 million people suffer from Parkinson's worldwide, including the boxer Muhammad Ali and the actor Michael J. Fox.

Scientists have long known that a drop in dopamine--an important chemical in the brain--is associated with Parkinson's. And for decades patients have taken a drug called Levodopa to boost the brain's dopamine levels. Unfortunately, however, Levodopa's efficacy begins to fade as the disease progresses. So scientists have begun looking for other targets for which they can develop new therapeutic strategies.

"About 60,000 Americans are diagnosed with Parkinson's annually, and dopamine-based therapies often do not provide a long-term solution," said Dr. Kreitzer, who is also an assistant professor of physiology and neurology at UCSF, with which Gladstone is affiliated. "Our discovery that RGS4 may play a role in the development of Parkinson's symptoms, helps us lay the groundwork for a new therapeutic strategy--independent of dopamine."

Drs. Kreitzer and Lerner found that RGS4 is required for dopamine to regulate brain circuits during learning. But when dopamine levels drop dramatically, as in Parkinson's, RGS4 becomes overactive and disrupts these circuits--thereby leading to Parkinson's symptoms. Therefore, they tested whether removing RGS4 could prevent these symptoms.

Drs. Kreitzer and Lerner treated mice lacking RGS4 with a chemical that lowers dopamine levels, mimicking the effects of Parkinson's. They then monitored the mice's motor skills--including their ability to move freely in an open arena and traverse a balance beam--and compared them to Parkinson's mice in which RGS4 remained intact.

As expected, Parkinson's mice with RGS4 intact exhibited major problems with movement. They lacked coordination and often remained frozen in place for long periods of time. When attempting to cross the balance beam, many had repeated slips and falls, while others could not even attempt the task.

But Parkinson's mice without RGS4 performed fluid, coordinated movements with no major problems, even though they also had lower dopamine levels. The vast majority crossed the balance beam without any missteps. Many of the physical traces of Parkinson's had disappeared.

"By discovering how the removal of RGS4 affects brain circuitry at the molecular level, we gained a deeper understanding of the protein's role--both normally and in Parkinson's disease," said Dr. Lerner. "We've also shed light on a previously unknown mechanism by which the dopamine depletion causes the symptoms of Parkinson's disease. We are optimistic that our work could pave the way for a much-needed alternative to Levodopa--such as a drug that has the ability to inactivate RGS4 in Parkinson's patients."

Funding for this research came from a variety of sources, including the National Institutes of Health, the Pew Biomedical Scholars Program, the W.M. Keck Foundation and the McKnight Foundation.

Gladstone is an independent and nonprofit biomedical-research organization dedicated to accelerating the pace of scientific discovery and innovation to prevent illness and cure patients suffering from cardiovascular disease, neurological disease, or viral infections. Gladstone is affiliated with the University of California, San Francisco. 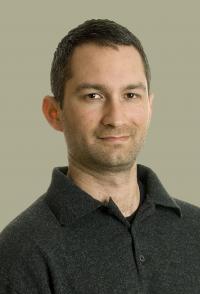