Five of the 28 scientists considered "people who, 10 years from now (...) will be the scientific leaders in their countries", by the Howard Hughes Medical Institute, are working in Portugal. The four Portuguese and one American researchers are based at the Instituto Gulbenkian de Ciência (IGC), the Instituto de Tecnologia Química e Biológica (ITQB), the Instituto de Medicina Molecular (IMM) and the Champalimaud Foundation (Neuroscience Programme).

The Howard Hughes Medical Institute (HHMI) is one of the major philanthropies in the world, well-known for its central role in advancing research in such important areas of human health as cancer, AIDS research, heart disease and diabetes. Under the banner 'people, not projects', HHMI supports approximately 330 researchers, including 13 Nobel Prize winners and 147 members of the National Academy of Sciences.

HHMI's newest awardees were chosen from 760 candidates, from 18 countries. Each researcher secures USD650,000 in funding (just over Euro513,000), over a five-year period, to carry out research in such diverse areas as neuroscience, parasitology, ageing and bacterial communication. All have trained in the United States, have been leaders of independent research group for less than seven years (thus being considered 'early career scientists'), have made significant contributions to their fields of research and proposed ambitious and high-impact research programmes in this competition.

Of the twelve countries hosting awardees, Portugal ranks second in terms of number of scientists, ex-aequo with Spain; China is the country with the largest number of awardees (seven). The scientists working in Portugal speak as one in underscoring the resounding success of the 'Portuguese' applications: "For a relatively small scientific community, such as the one in this country, to have five out of 28 awardees is a clear signal of the standing of scientists working in Portugal. Furthermore, it is revealing of our research centres' capacity to compete in the international playing field. It is increasingly evident that it is possible to carry out world-class research in Portugal". The group stresses the need to strengthen ongoing investment in science and technology, in order to maximize the country's competitiveness and sustained development.

Karina Xavier and Miguel Godinho Ferreira have been at the IGC since 2006. Karina is also a researcher at neighbouring ITQB. For a few years they shared an office, but they work in very different fields of research. Karina studies the mechanisms whereby bacteria communicate with other bacteria, either of the same or different species. She hopes to control communication between bacteria that make up the gut flora, so as to manipulate its composition and make the most of its protective properties against infection, inflammation and nutritional imbalances.

Miguel's research goals lie in understanding the mechanisms that underlie the ageing process. Using the zebrafish as a model organism, he plans to target the processes that regulate ageing at the cellular level, thus reducing the incidence of age-related diseases, such as cancer. Miguel is particularly interested in unraveling how the shortening of telomeres (protective structures on the tips of chromosomes) contributes to ageing and cancer.

Luísa Figueiredo, at the Institute for Molecular Medicine, has long been interested in how Trypanosoma brucei, the parasite that causes African sleeping sickness, evades the immune system of animals and humans it infects. Researchers know that the parasite does this by rapidly changing the coat of proteins it displays on its surface. Luisa is now identifying the molecular processes involved in this process, with surprising results.

Rui Costa and Megan Carey are both at the Champalimaud Centre for the Unknown, and both are interested in analysing brain circuits that control behaviour: how they are set up, how they work at the cellular level, and how it all comes together in the very complex brain, to control movement, learning, memory and actions (both learned and prewired). 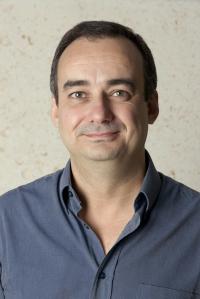 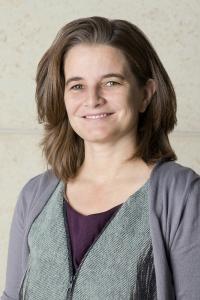