INDIANAPOLIS -- An Indiana University School of Medicine study has determined that a patient's socioeconomic status has more influence than race on physician diagnosis of whether a child's injury was accidental or caused by abuse.

The new study appears online in advance of publication in the Journal of Pediatrics.

"It is possible that we were able to determine that socioeconomic status has a more significant impact on the physician's diagnosis than race, when previous studies did not see this, because most of these earlier studies did not include a significant number of low-income white patients and thus were unable to evaluate the influence of family income level," said Antoinette Laskey, M.D., M.P.H., associate professor of pediatrics at the IU School of Medicine, a Regenstrief Institute affiliated scientist and a physician with Riley Hospital for Children at Indiana University Health and with Wishard Health Services.

Even among pediatricians with expertise in child abuse evaluations, broad variability exists in determination of abuse.

"Interactions with patients are driven by past experiences and stereotypes. Neither are necessarily negative," Dr. Laskey said. "Past experiences provide valuable information. A stereotype is a rule of thumb, such as 'police are authority figures and should be obeyed' or 'a hooded figure who walks toward you in the dark should be considered a potential threat,' that helps us categorize complicated environments. It is important to understand what stereotypes -- socioeconomic status, as we found in this study -- influence physician decision-making."

Her next study investigates the multiple factors that drive physician decision-making in child neglect situations as the health care team determines whether an incident was a tragic accident or was avoidable.

In addition to Dr. Laskey, authors of "Influence of Race and Socioeconomic Status on the Diagnosis of Child Abuse: A Randomized Study" are Timothy E. Stump, M.A.; Susan M. Perkins, Ph.D.; Gregory D. Zimet, Ph.D., Steven J. Sherman, Ph.D.; and Stephen M. Downs, M.D., M.S., all of Indiana University. The study was funded by the Agency for Healthcare Research and Quality.

The IU School of Medicine and the Regenstrief Institute are on the campus of Indiana University-Purdue University Indianapolis. 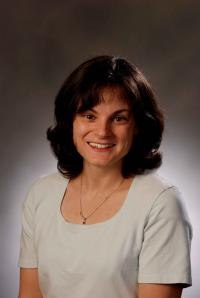