PROVIDENCE, R.I. - A newly published paper from Rhode Island Hospital reports on the impact to patients if five personality disorders are removed from the upcoming revision to the Diagnostic and Statistical Manual, 5th edition (DSM-5). Based on their study, the researchers believe these changes could result in false-negative diagnoses for patients. The paper is published in the Journal of Clinical Psychiatry and is now available online in advance of print.

"When it comes to revising the official diagnostic classification system, the guiding principle should be that criteria should not be changed in the absence of research demonstrating that the new approach is superior to the old in either validity or clinical utility, preferably both," Zimmerman states. "Despite assurances that only data-driven modification would be made, with each new edition of the DSM, we have witnessed repeated instances of changes being made in the absence of sufficient data demonstrating the new criteria is superior."

Zimmerman comments, "The findings of the present study highlight our concerns about adopting changes in the diagnostic manual without adequate empirical evaluation beforehand. To be sure, there are problems with the classification of personality disorders, however, the identification of a problem is only the first step of a process resulting in a change to diagnostic criteria."

He concludes, "The classification of personality disorders would not be improved if the new criteria or diagnostic material were more clinically useful but less reliable and valid."

Zimmerman's principal affiliation is Rhode Island Hospital, a member hospital of the Lifespan health system in Rhode Island. The researcher is also an Associate Professor of Psychiatry and Human Behavior at The Warren Alpert Medical School of Brown University. Other researchers involved in the study with Zimmerman include Iwona Chelminski, Ph.D.; Diane Young, Ph.D., Kristy Dalrymple, Ph.D., and Jennifer Martinez, B.A., all of Rhode Island Hospital and Alpert Medical School. 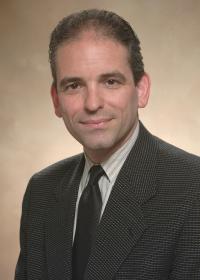