GRAND RAPIDS, Mich. -- A new study reveals substantial differences - by both surgeon and institution - in the rates of follow-up surgeries for women who underwent a partial mastectomy for treatment of breast cancer.

Those differences, which cannot be explained by a patient's medical or treatment history, could affect both cancer recurrence and overall survival rates, according to the study led by Laurence McCahill of Michigan State University's College of Human Medicine, the Lacks Cancer Center at Saint Mary's, and Van Andel Research Institute.

The research appears in the Feb. 1 edition of the Journal of the American Medical Association.

"A partial mastectomy is one of the most commonly performed cancer operations in the United States," said McCahill, a surgeon with MSU's Department of Surgery and director of surgical oncology at The Lacks Cancer Center. "Currently, there are no readily identifiable quality measures that allow for meaningful comparisons of breast cancer surgical outcomes among surgeons and hospitals.

"But the current U.S. health care environment calls for increasing accountability for physicians and hospitals as well as transparency of treatment results."

About three-fourths of women battling breast cancer have a partial mastectomy, and nearly one in four of them at some point have another surgery (re-excision) to remove additional tissue. A partial mastectomy intends to remove cancerous cells while maintaining maximum cosmetic appearance of the breast, but failure to remove all the cells during the initial operation requires additional surgery.

The additional operations can produce considerable psychological, physical and economic stress for patients and delay use of recommended supplemental therapies, according to the study, which measured variation in re-excision rates across hospitals and surgeons from 2003 to 2008. The study included more than 2,200 women with invasive breast cancer from four locations across the country.

The results show rates of re-excision varied widely and were not tied to any discernible patient characteristics. The study highlights the value of multicenter observational studies to pinpoint the variability in health care across different regions and health systems, McCahill said.

"While the long-term effect of this variability is beyond the scope of our study, it is feasible that cancer recurrence and overall survival could be affected by differences in initial surgical care," he said. "The wide level of unexplained clinical variation itself represents a potential barrier to high-quality and cost-effective care of patients with breast cancer."

The study was funded by a National Institutes of Health grant via the American Recovery and Reinvestment Act of 2009.

The Lacks Cancer Center is part of Saint Mary's Health Care, a member of the new Mercy Health and an integrated network of health care excellence offering a combination of capabilities to deliver a health care experience that is more complete and personally satisfying. Created by Jay and Betty Van Andel in 1996, the Van Andel Institute is an independent research and educational organization based in Grand Rapids and dedicated to preserving, enhancing and expanding the frontiers of medical science.

Michigan State University has been working to advance the common good in uncommon ways for more than 150 years. One of the top research universities in the world, MSU focuses its vast resources on creating solutions to some of the world's most pressing challenges, while providing life-changing opportunities to a diverse and inclusive academic community through more than 200 programs of study in 17 degree-granting colleges. 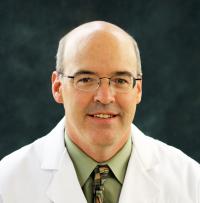