Intensive botanical explorations for taxonomic studies on the members of the ginger family (Zingiberaceae) in India by V.P. Thomas and M. Sabu of the University of Calicut, have resulted in the discovery of an interesting species of Amomum (Cardamom) from Silent Valley National Park on the Western Ghats of Kerala.

The ginger family consists of 53 genera and over 1,200 species, many of which are widely used as spices, for medical purposes, or simply for decoration. Amomum Roxb. is the second largest genus within the Zingiberaceae, comprising about 150-180 species, including several types of cardamom. Widely distributed in Southeast Asia, the genus is represented by 23 species in India, mostly restricted to North-East India, South India and the Andaman-Nicobar Islands.

In the new species, the authors show some similarities with A. masticatorium, although the two are clearly distinct. The new plant's name refers to its locality, i.e. Nilgiri hills, a part of Western Ghats and one of the hotspots of the Indian subcontinent. The most notable feature of the plant is the presence of long ligules that reach up to 9 cm long and small flowers with a long corolla tube. Almost all parts of the plant are hairy.

It is a high altitude species (found above 1,200 m), and attempts to conserve it outside its natural locality were unsuccessful. The conservation status evaluation revealed that it falls under the critically endangered category of the International Union for Conservation of Nature, 2001. Conservation measures are to be carried out very urgently to recover the plant from extinction.

From the 1st of January 2012, PhytoKeys is publishing each paper separately, on the day it is approved by the editors. The article by Prof Sabu is the closing one for the 8th issue of the journal, making it complete. 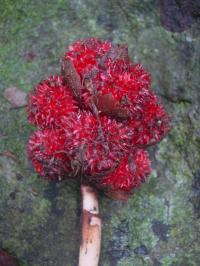 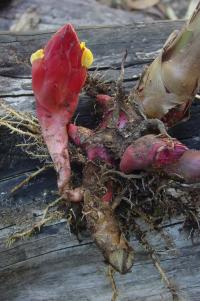