HOUSTON -- (Jan. 12, 2012) -- Rice University bioengineer and physicist Michael Deem has earned one of Texas' highest scientific honors, the O'Donnell Award from The Academy of Medicine, Engineering and Science of Texas (TAMEST).

The O'Donnell Awards are given for excellence in medical, scientific and engineering research. Deem, a computational theorist, is being honored with the engineering award "for fundamental theoretical work that brought new tools and ideas to vaccine design, mathematical biology and nanoporous materials structure."

Deem, Rice's John W. Cox Professor of Bioengineering and professor of physics and astronomy, uses tools from statistical physics to study a broad range of problems related to evolution, immunology and materials. He will receive the award tonight at the academy's annual conference at the Omni Houston Hotel.

"Michael Deem's scientific achievements are a testament to his interdisciplinary, boundary-crossing research across a range of bioengineering and biophysics fields that have contributed significantly to our understanding of important aspects of immunology, evolution and materials science," said Rice President David Leebron. "TAMEST's selection of Michael as one of the state's top researchers is wonderful recognition of the contributions to date and yet to come of his work."

Deem has developed methods for predicting vaccine effectiveness and for determining which strain of the flu to cover in annual vaccine formulations. His pepitope measure of antigenic distance explains how the influenza vaccine can have both positive and negative efficacy and has proven to be more predictive than the gold-standard animal model studies used by the World Health Organization.

In the area of evolution, Deem has shown that the speed at which life evolves is constantly increasing because of horizontal gene transfer. His theory for how biological modularity spontaneously arises in an evolving system -- which has been used to explain observations from genomics, microbiology, physiology, ecology and even aspects of the global trade network -- has been hailed by some as a fundamental mathematical law of biology.

In the materials field, Deem has created a database of more than 4 million possible molecular configurations for zeolites. Zeolites are compounds of silicon, aluminum and oxygen that foster and promote petrochemical reactions. Chemical companies use zeolites to make everything from gasoline to laundry detergent and kitty litter to medical-grade oxygen.

Deem's research has been recognized with a CAREER Award from the National Science Foundation and an Alfred P. Sloan Fellowship. He is one of only eight people in the past 25 years who have won both the Allan P. Colburn Award and the Professional Progress Award, two of the highest honors given by the American Institute of Chemical Engineers. Deem is a fellow of the American Institute for Medical and Biological Engineering, the Biomedical Engineering Society, the American Association for the Advancement of Science and the American Physical Society. Deem is a Phi Beta Kappa Visiting Scholar during the 2012-2013 year.

The O'Donnell Award includes a $25,000 honorarium, a citation and an inscribed statue. The other 2012 O'Donnell Award winners are Phillip Scherer (medicine) from The University of Texas Southwestern Medical Center at Dallas, Karl Gebhardt (science) from The University of Texas at Austin and Ted Moise (technology innovation) from Texas Instruments.

Located on a 300-acre forested campus in Houston, Rice University is consistently ranked among the nation's top 20 universities by U.S. News & World Report. Rice has highly respected schools of Architecture, Business, Continuing Studies, Engineering, Humanities, Music, Natural Sciences and Social Sciences and is known for its "unconventional wisdom." With 3,708 undergraduates and 2,374 graduate students, Rice's undergraduate student-to-faculty ratio is less than 6-to-1. Its residential college system builds close-knit communities and lifelong friendships, just one reason why Rice has been ranked No. 1 for best quality of life multiple times by the Princeton Review and No. 4 for "best value" among private universities by Kiplinger's Personal Finance. To read "What they're saying about Rice," go to www.rice.edu/nationalmedia/Rice.pdf.

Funder
Academy of Medicine, Engineering and Science of Texas 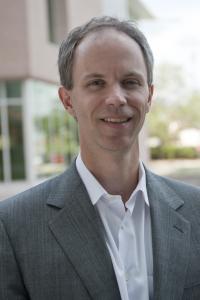