HOUSTON -- (Jan. 5, 2012) -- Rice University's Jane Grande-Allen, one of the world's foremost experts on the biomechanics of heart-valve tissue, has won an Established Investigator Award from the American Heart Association.

The award, which includes a five-year research grant, recognizes midcareer scientists who have shown "unusual promise and an established record of accomplishments." Grande-Allen, associate professor of bioengineering and a faculty investigator in Rice's BioScience Research Collaborative, is the first Rice faculty member to win the award.

"It's very competitive, in part because there aren't nearly as many awards for established investigators as there are for people who are just starting out," Grande-Allen said. "I am completely astounded and delighted that I won it. It's going to support some of the most exciting research I've ever undertaken."

Grande-Allen's group studies heart valves, the flexible, resilient flaps of tissue that open and close each time the heart beats. When valves are diseased and do not seal properly, the heart must work harder to pump blood. About 100,000 Americans per year undergo surgery for the repair or replacement of diseased heart valves.

Grande-Allen's specialty is studying the unique biological and material properties of valves so doctors can better understand and treat valve disease. For example, the bulk of material in heart valves is fibrous tissue collectively called extracellular matrix (ECM). Evidence indicates that the ECM in heart valves is different from the ECM found in any other tissue of the body. The same is true of the living cells that produce valvular ECM. Such "valvular interstitial cells" are found in no other part of the body.

Grande-Allen said recent studies indicate that specialized carbohydrate-protein assemblies called proteoglycans (PGs) as well as complex carbohydrates called glycosaminoglycans (GAGs) play important but poorly understood roles in heart-valve ECM. For example, biochemists know that both of these often act as master organizers of ECM. However, there's little understanding of the specific types of PG and GAG that are most important for healthy heart valves.

Characterizing the specific PGs and GAGs within heart valves is the first goal of her project. She said it will not be easy because there are no systematic techniques for mapping the structure of PGs or GAGs. Instead, Grande-Allen's team will use a variety of genetic and biochemical techniques to try to tease out that information.

Once the researchers have identified target genes that regulate the PG and GAG structure, they'll enter the second phase of the project and try to manipulate those genes to see if they can grow valvular ECM in the lab that rivals what the body produces on its own.

"We want to transform valve biology into a more mature scientific field," she said. "There's an urgent clinical need for living, healing heart-valve replacements, especially for children, who currently need to undergo surgery every few years as they outgrow their replacement valves."

Grande-Allen said a better basic understanding of the biology of heart-valve tissue could also lead to novel therapies that could prevent or cure valve disease without surgery. 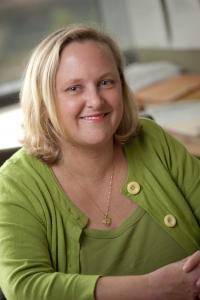