La Jolla- Salk Institute scientist Ronald Evans has been selected as the recipient of the prestigious 2012 Wolf Prize in Medicine, Israel's highest award for achievements benefiting mankind. According to the Wolf Prize jury, Evans was selected for his discovery of the gene super-family encoding nuclear receptors and elucidating the mechanism of action of this class of receptors.

Evans, professor and head of the Salk Institute's Gene Expression Laboratory and the March of Dimes Chair in Molecular and Developmental Biology, is world renowned for his seminal research of nuclear hormone receptors, which has since led to more than a half-dozen drugs for cancer, diabetes and heart disease. Israel President Shimon Peres will present Evans with this award at a special ceremony at the Knesset, the House of Representatives for the State of Israel, in Jerusalem, on May 13, 2012.

"The Wolf Prize is a great honor conferred on only the most excellent scientists and artists in the world," said Salk president William R. Brody. "The Wolf Foundation award was developed to further their historical mission: philanthropy that supports working for the betterment of humanity. Ron's work embodies that vision."

Evans is only the second Salk scientist to be chosen for the distinguished prize. Five annual Wolf Prizes have been awarded since 1978 to outstanding scientists and artists for "achievements in the interest of mankind and friendly relations among peoples, irrespective of nationality, race, color, religion, sex, or political view." The prizes of $100,000 in each area are given every year in the scientific fields of Agriculture, Chemistry, Mathematics, Medicine and Physics, as well as one prize in the Arts.

As part of an elite group of 2012 recipients, Ron will have the opportunity to share the stage with Placido Domingo, one of the world's preeminent tenors. To date, a total of 272 scientists and artists from 23 countries have been honored, and over one-third of all the Wolf Prize winners in medicine, physics and chemistry have went on to receive the Nobel Prize.

The Wolf award honor comes on the heels of another distinguished benchmark in Evans list of achievements. In 2010, he was selected as a Rolf Sammet Guest Professor at Frankfurt University on behalf of the Aventis Foundation and an elite selection committee. In 2011, he enjoyed conducting his Rolf Sammet Guest Professorship, dedicated to teaching internationally outstanding scientists who make important research contributions in the life and natural science field.

Throughout his career, Evans has received some of medical science's most prestigious awards and has published more than 250 papers, many of which are among the most cited in the world.

About The Wolf Foundation:

The Israel-based Wolf Foundation began its activities in 1976, with an initial endowment fund of $10 million donated by the late German-born inventor, diplomat and philanthropist, Dr. Ricardo Wolf and his wife Francisca. A resident of Cuba for many years, Wolf became Fidel Castro's ambassador to Israel, where he lived until his death in 1981. Annual income from investments is used for prizes, scholarships and Foundation operating expenses.

The Wolf Prize is awarded by the Wolf Foundation. The prize has been awarded annually since 1978 in the science fields: Agriculture, Chemistry, Mathematics, Medicine, Physics, as well as an Arts prize that rotates annually between architecture, music, painting and sculpture.

The Salk Institute for Biological Studies is one of the world's preeminent basic research institutions, where internationally renowned faculty probe fundamental life science questions in a unique, collaborative, and creative environment. Focused both on discovery and on mentoring future generations of researchers, Salk scientists make groundbreaking contributions to our understanding of cancer, aging, Alzheimer's, diabetes and infectious diseases by studying neuroscience, genetics, cell and plant biology, and related disciplines.

Faculty achievements have been recognized with numerous honors, including Nobel Prizes and memberships in the National Academy of Sciences. Founded in 1960 by polio vaccine pioneer Jonas Salk, M.D., the Institute is an independent nonprofit organization and architectural landmark. 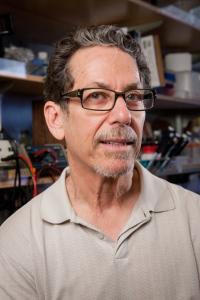