KANSAS CITY, MO -- Researchers at the University of California, San Francisco and the Stowers Institute for Medical Research have discovered that planarians, tiny flatworms fabled for their regenerative powers, completely lack centrosomes, cellular structures that organize the network of microtubules that pulls chromosomes apart during cell division.

The flatworms' unique and unexpected characteristic, detailed in the Jan. 5, 2012 issue of Science Express, not only allowed lead author Juliette Azimzadeh, Ph.D., to identify a large set of conserved proteins required for centriole assembly in human cells but it also indicates that centrosomes, long thought to be required primarily for cellular functions such as cell division, have been retained in other animal species to coordinate specific developmental rather than cellular processes.

"It came as a surprise to all of us that planarians could get rid of centrosomes without affecting their regenerative potential," says Howard Hughes Medical Institute and Stowers investigator Alejandro Sánchez Alvarado, Ph.D. "It suggests to us that the evolutionary pressure to maintain centrosomes may have very little to do with cell division itself. There may be another function for centrosomes that is still obscured."

Centrosomes are composed of two centrioles, which are arranged perpendicular to each other and are surrounded by an amorphous mass of proteins known as the pericentriolar material. Each centriole consists of nine microtubule triplets that are assembled into a hollow structure resembling a cartwheel. Although the molecular composition of the centrosome has been determined in human and flies, the function of most components is still unclear.

Complicating matters is the fact centrioles pull double duty: In addition to forming the core of centrosomes, they serve as anchor points for cilia--tiny projections on the surface of cells that not only help move fluid and mucus around the brain, lung, eye and kidney and propel eggs down fallopian tubes, but are also essential to sight, smell, mechanosensation and intercellular signaling. Not surprisingly, a number of diseases trace their origins to defects in ciliogenesis.

Flatworms like the freshwater planarian Schmidtea mediterranea use ciliated cells lining their pharynx or underside to keep food or themselves moving. "The fact that centrioles were retained in this organism while centrosomes were lost, really speaks to the idea that centrioles evolved primarily for making cilia, and not for their mitotic functions. " says senior author Wallace Marshall, Ph.D., an associate professor in the Department of Biochemistry & Biophysics at UCSF, who is particularly interested in the function and duplication of centrioles.

To determine which centrosome components are required for the assembly and function of its centriole core, Azimzadeh, a postdoctoral researcher in the lab of Marshall, decided to join forces with Sánchez Alvarado and take advantage of planarians' ease of genetic manipulation.

When she shut down two planarian homologues of genes known to be required for centrosome assembly in other species, she found that the formation of cilia was perturbed. "But surprisingly, these animals had no regeneration defects," says Azimzadeh.

The remarkable ability of planarians to regenerate whole animals from almost any part of their body requires the proliferation of so-called neoblasts, a population of totipotent stem cells and the only cells to undergo cell division. "We thought that when we silenced those genes, cell division would be inhibited and planaria wouldn't be able to regenerate," explains Sánchez Alvarado. "You would expect to see a drop in the number of cells that undergo cell division. But the numbers are fine."

When Azimzadeh scrutinized normal flatworms for the presence of centrioles with the help of immunofluorescence and transmission electron microscopy, she couldn't detect centrioles in any other cell type with the exception of ciliated cells. "Our results indicate that planarians don't assemble centrosomes," says Azimzadeh. "The absence of centrioles in dividing cells implies that planarians do not use the pathway for centriole duplication that underlies centrosome reproduction in other animals, but only assemble centrioles de novo during the differentiation of ciliated cells."

Based on this finding, the researchers predicted that proteins specifically required for centrosome duplication and function should have been eliminated from the planarian genome during evolution. An extensive search for planarian homologs for known human centromere components revealed that eight out of 55 centrosome signature proteins that were unequivocally present in the last common ancestor are missing from the planarian genome.

On the flip-side, the researchers hypothesized, components of the human centrosome for which homologs are still present in planarians should be required for either de novo assembly of centrioles or for ciliogenesis. When Azimzadeh systematically knocked down these genes, the majority led to ciliary-based motility defects likely caused by misassembled or malfunctioning centrioles.

"The fact that we could use planarians to identify functions for human genes that didn't have known functions before, really emphasizes the importance of evolutionary and developmental perspectives in addressing cellular mechanisms," says Sánchez Alvarado.

The work was supported in part by the Howard Hughes Medical Institute, the W.M. Keck Foundation and the National Institute of General Medical Sciences.

The Stowers Institute for Medical Research is a non-profit, basic biomedical research organization dedicated to improving human health by studying the fundamental processes of life. Jim Stowers, founder of American Century Investments, and his wife Virginia opened the Institute in 2000. Since then, the Institute has spent over 800 million dollars in pursuit of its mission.

Currently the Institute is home to over 500 researchers and support personnel; over 20 independent research programs; and more than a dozen technology development and core facilities. Learn more about the Institute at www.stowers.org. 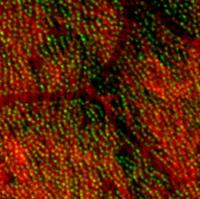