JUPITER, FL - Sathyanaryanan Puthanveettil, an assistant professor on the Florida campus of The Scripps Research Institute, has been awarded a pair of notable grants to study a critical component of long-term memory formation.

Puthanveettil will receive $225,000 over three years from the prestigious Whitehall Foundation to study the role in long-term memory of a motor protein called kinesin. In this study, he will use the marine snail, Aplysia, a favorite of memory researchers because of its exceptionally large neurons and simple nervous system.

In addition to the Whitehall award, Puthanveettil has received a one-year, $100,000 grant from the Alzheimer's Drug Discovery Foundation.

Puthanveettil also plans to use the award to study kinesin, in this case to develop molecular screens to identify small molecules that can modulate kinesin function in the mammalian brain. This work will be conducted in collaboration with Scripps Research colleagues Peter Hodder, senior scientific director of lead identification, and William Roush, chemistry professor, executive director of Medicinal Chemistry, and associate dean of graduate studies at Scripps Florida.

"To be selected for an award by the Whitehall Foundation is a great honor," Puthanveettil said. "I'm also delighted with the grant from the Alzheimer's Drug Discovery Foundation, another important institution that supports the search for new therapeutics. Both awards will help advance my research substantially."

Puthanveettil has long been interested in axonal transport and its role in the molecular mechanisms underlying long-term memory storage, in particular the cellular transport of various gene products such as proteins and RNAs in the brain. In a 2008 study published in the journal Cell, Puthanveettil showed for the first time that the induction of long-term facilitation--the cellular basis of memory and learning involving enhancement of communication between neurons--requires upregulation of specific isoform of kinesin.

Ultimately, he hopes his research will lead to an understanding of the basic pathology of various neurological disorders.

About the Whitehall Foundation

The Whitehall Foundation assists scholarly research in the life sciences, especially in dynamic areas of basic biological research that are not heavily supported by federal agencies or other foundations with specialized missions. The foundation emphasizes the support of young scientists at the beginning of their careers and productive senior scientists who wish to move into new fields of interest. For more information, see http://www.whitehall.org/about/.

About the Alzheimer's Drug Discovery Foundation

The Alzheimer's Drug Discovery Foundation (ADDF) is the only non-profit organization whose sole mission is to accelerate the discovery and development of drugs to prevent, treat and cure Alzheimer's disease, related dementias and cognitive aging. Since 1998, the ADDF has granted more than $51 million to fund over 370 Alzheimer's drug discovery programs in academic centers and biotechnology companies in 18 countries. For more information about the ADDF, please visit http://www.alzdiscovery.org.

The Scripps Research Institute is one of the world's largest independent, non-profit biomedical research organizations. Scripps Research is internationally recognized for its discoveries in immunology, molecular and cellular biology, chemistry, neuroscience, and vaccine development, as well as for its insights into autoimmune, cardiovascular, and infectious disease. Headquartered in La Jolla, California, the institute also includes a campus in Jupiter, Florida, where scientists focus on drug discovery and technology development in addition to basic biomedical science. Scripps Research currently employs about 3,000 scientists, staff, postdoctoral fellows, and graduate students on its two campuses. The institute's graduate program, which awards Ph.D. degrees in biology and chemistry, is ranked among the top ten such programs in the nation. For more information, see http://www.scripps.edu. 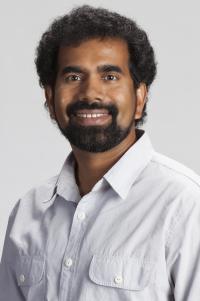