LA JOLLA, CA - January 22, 2012 - Millions of people worldwide suffer from a type of chronic pain called neuropathic pain, which is triggered by nerve damage. Precisely how this pain persists has been a mystery, and current treatments are largely ineffective. But a team led by scientists from The Scripps Research Institute, using a new approach known as metabolomics, has now discovered a major clue: dimethylsphingosine (DMS), a small-molecule byproduct of cellular membranes in the nervous system. In their new study, the scientists found that DMS is produced at abnormally high levels in the spinal cords of rats with neuropathic pain and appears to cause pain when injected. The findings suggest inhibiting this molecule may be a fruitful target for drug development.

"We think that this is a big step forward in understanding and treating neuropathic pain, and also a solid demonstration of the power of metabolomics," said Gary J. Patti, a research associate at Scripps Research during the study, and now an assistant professor of genetics, chemistry, and medicine at Washington University in St. Louis. Patti is a lead author of the report on the study, which appeared online in the journal Nature Chemical Biology on January 22, 2012.

Scientists who want to understand what makes diseased cells different from healthy cells have often looked for differences in levels of gene expression or cellular proteins--approaches known respectively as genomics and proteomics. Metabolomics, by contrast, concerns differences in the levels of small-molecule metabolites, such as sugars, vitamins, and amino acids, that serve as the building blocks of basic cellular processes. "These are the molecules that are actually being transformed during cellular activity, and tracking them provides more direct information on what's happening at a biochemical level," Patti said.

Metabolomics is increasingly used to find biochemical markers or signatures of diseases. One of the most relied-upon "metabolome" databases, METLIN, was set up at Scripps Research in 2005, and now contains data on thousands of metabolites found in humans and other organisms. However, in this case the research team hoped to do more than find a metabolic marker of neuropathic pain.

"The idea was to apply metabolomic analysis to understand the biochemical basis of the neuropathic pain condition and reveal potential therapeutic targets," said Gary Siuzdak, a senior investigator in the study, who is professor of chemistry and molecular biology and director of the Scripps Research Center for Metabolomics. "We call this approach 'therapeutic metabolomics'."

The scientists began with a standard model of neuropathic pain in lab rats. Patti, Siuzdak, and their colleagues sampled segments of a previously injured tibial leg nerve triggering neuropathic pain, as well as the rats' blood plasma and tissue from the rats' spinal cords. The scientists then determined the levels of metabolites in these tissues, and compared them to levels from control animals.

Unexpectedly, the scientists found that nearly all the major abnormalities in metabolite levels were present not in the injured leg nerve fiber, nor in blood plasma, but in tissue from the "dorsal horn" region of the spinal cord which normally receives signals from the tibial nerve and relays them to the brain. "After the nerve is damaged, it degrades and rebuilds itself at the site of the injury, but remodeling also occurs, possibly over a longer period, at the terminus of the nerve where it connects to dorsal horn neurons," Patti said.

Next, the researchers set up a test to see which of the abnormally altered metabolites in dorsal horn tissue could evoke signs of pain signaling in cultures of rat spinal cord tissue. One metabolite stood out--a small molecule that didn't appear in any of the metabolome databases. Patti eventually determined that the molecule was DMS, an apparent byproduct of cellular reactions involving sphingomyelin, a major building block for the insulating sheaths of nerve fibers. "This is the first characterization and quantitation of DMS as a naturally occurring compound," Patti noted. When the scientists injected it into healthy rats, at a dose similar to that found in the nerve-injured rats, it induced pain.

DMS seems to cause pain at least in part by stimulating the release of pro-inflammatory molecules from neuron-supporting cells called astrocytes. Patti, Siuzdak, and their colleagues are now trying to find out more about DMS's pain-inducing mechanisms--and are testing inhibitors of DMS production that may prove to be effective treatments or preventives of neuropathic pain.

"We're very excited about this therapeutic metabolomics approach," said Siuzdak. "In fact, we're already involved in several other projects in which metabolites are giving us a direct indication of disease biochemistry and potential treatments."

Oscar Yanes, a postdoctoral fellow in the Siuzdak laboratory, was Patti's co-lead author of the study, "Metabolomics Implicates Dysregulated Sphingomyelin Metabolism in the Central Nervous System During Neuropathic Pain." The other contributors were Leah Shriver and Marianne Manchester of the University of California, San Diego (or UC San Diego) Skaggs School of Pharmacy and Pharmaceutical Sciences; Jean-Phillipe Courade, then at Pfizer, now at UCB Pharma in Belgium; and Ralf Tautenhahn of the Siuzdak laboratory.

Funding for the research was provided in part by the U.S. National Institutes of Health and the California Institute of Regenerative Medicine.

The Scripps Research Institute is one of the world's largest independent, non-profit biomedical research organizations. Scripps Research is internationally recognized for its discoveries in immunology, molecular and cellular biology, chemistry, neuroscience, and vaccine development, as well as for its insights into autoimmune, cardiovascular, and infectious disease. Headquartered in La Jolla, California, the institute also includes a campus in Jupiter, Florida, where scientists focus on drug discovery and technology development in addition to basic biomedical science. Scripps Research currently employs about 3,000 scientists, staff, postdoctoral fellows, and graduate students on its two campuses. The institute's graduate program, which awards Ph.D. degrees in biology and chemistry, is ranked among the top ten such programs in the nation. For more information, see www.scripps.edu. 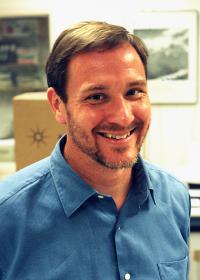