Thirty-thousand-year-old bison bones discovered in permafrost at a Canadian goldmine are helping scientists unravel the mystery about how animals adapt to rapid environmental change.

The bones play a key role in a world-first study, led by University of Adelaide researchers, which analyses special genetic modifications that turn genes on and off, without altering the DNA sequence itself. These 'epigenetic' changes can occur rapidly between generations - without requiring the time for standard evolutionary processes.

Such epigenetic modifications could explain how animal species are able to respond to rapid climate change.

In a collaboration between the University of Adelaide's Australian Centre for Ancient DNA (ACAD) and Sydney's Victor Chang Cardiac Research Institute, researchers have shown that it is possible to accurately measure epigenetic modifications in extinct animals and populations.

The team of researchers measured epigenetic modifications in 30,000-year-old permafrost bones from the Yukon region in Canada, and compared them to those in modern-day cattle, and a 30-year-old mummified cow from New Zealand.

Project leader Professor Alan Cooper, Director of ACAD, says: "Epigenetics is challenging some of our standard views of evolutionary adaptation, and the way we think about how animals use and inherit their DNA. In theory, such systems would be invaluable for a wide range of rapid evolutionary adaptation but it has not been possible to measure how or whether they are used in nature, or over evolutionary timescales."

Epigenetics specialist and co-investigator Dr Catherine Suter, from the Victor Chang Institute, has been studying the role of epigenetics in adaptation in laboratory animals. She jumped at the chance to test epigenetic methods in ancient DNA, which had never previously been attempted.

"This is the first step towards testing the idea that epigenetics has driven evolution in natural populations," Dr Suter says.

Professor Cooper says: "The climate record shows that very rapid change has been a persistent feature of the recent past, and organisms would need to adapt to these changes in their environment equally quickly. Standard mutation and selection processes are likely to be too slow in many of these situations."

"Standard genetic tests do not detect epigenetic changes, because the actual DNA sequence is the same," says lead author, ACAD senior researcher Bastien Llamas, an Australian Research Council (ARC) Fellow. "However, we were able to use special methods to show that epigenetic sites in this extinct species were comparable to modern cattle.

"There is growing interest in the potential evolutionary role of epigenetic changes, but to truly demonstrate this will require studies of past populations as they experience major environmental changes," he says.

This work has been published in the online peer-reviewed journal PLoS ONE. 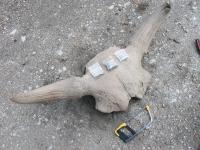 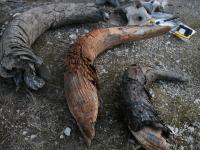