Skip to main content
This release is also available in Chinese on EurekAlert! Chinese.

In the two largest clinical studies ever conducted on the molecular genetics of lung cancer, an international team led by scientists at the University of California, San Francisco (UCSF) has demonstrated that an available molecular test can predict the likelihood of death from early-stage lung cancer more accurately than conventional methods. The work may eventually help improve the odds of survival for hundreds of thousands of patients each year.

Reported this week in The Lancet (Jan. 27, 2012), the two studies demonstrated how the test, which measures the activity of fourteen genes in cancerous tissue, improves the accuracy of prognosis. This in turn could guide treatments for patients with the most common form of the disease, non-squamous non-small cell lung cancer.

The two independent clinical trials included one blinded study involving the analysis of tissue samples from 433 people with early-stage lung cancer in northern California and another study involving 1,006 people with early-stage lung cancer in China. In both trials, the team showed that the test could accurately predict whether the odds of death within five years of surgery to remove a lung cancer were low, intermediate, or high.

"It's quite exciting," said David Jablons, MD, the Ada Distinguished Professor in Thoracic Oncology and leader of the Thoracic Oncology Program at the Helen Diller Family Comprehensive Cancer Center at UCSF. "This has the potential to help hundreds of thousands of people every year survive longer." Jablons co-led the study with Michael Mann, MD, a UCSF Associate Professor of Cardiothoracic Surgery.

Today, doctors assess early-stage lung cancers by their size, location and microscopic appearance. This information, known as staging, is then used to guide the use of additional treatment following surgery. If doctors could more precisely gauge prognosis, more people who might benefit from additional therapy could receive it immediately after surgery, before any residual cancer has had a chance to grow.

Evidence from other studies suggests that chemotherapy given in early-stage lung cancer helps thwart recurrence when there is evidence of lymph node involvement. Such involvement increases the risk of other, undetectable metastasis.

The scientists plan to design a large clinical trial that would seek to confirm that using the algorithm to guide therapy helps people with lung cancer survive longer.

The study conducted in China is the first major clinical trial result to emerge from the China Clinical Trials Consortium (CCTC), a collaboration between hospitals and universities across mainland China that was founded with the help of leaders from the UCSF Thoracic Oncology Program to confront the epidemic of lung cancer in China.

"The CCTC represents a revolutionary new collaborative approach to clinical research among Chinese and Western experts," said Mann. "It is fitting that this body's first major effort may support a molecular personalization of lung cancer care, and yield one of the first examples that fundamental tumor biology reaches across ethnic lines and can be used to try to improve outcomes for a large percentage of patients."

Lung cancer is the most common cause of cancer death in both the United States and the world. More people die from the disease each year than from breast, colon and prostate cancers combined. It claims more than 150,000 American lives annually and accounts for some 1.4 million deaths around the world. About 85 percent of Americans with all types of lung cancer die within five years of diagnosis.

Most cases result from exposure to cigarette smoke, but other causes include exposure to asbestos, chemicals, environmental factors and genetic susceptibility.

One of the challenges of treating the disease is that it often goes undetected in its early stages, when it is most treatable, because it usually does not cause symptoms. Only about 30 percent of patients in the United States are detected in the earliest stage of the disease, contributing to the low overall survival rate.

Even people who have their cancer detected at the earliest stages, however, face serious odds. Unlike other types of cancer, where early diagnosis has significant survival advantages, some 35 to 45 percent of people with stage I lung cancer die within five years of recurrent disease, despite successful surgery. The prognostic test would address the inability to identify these patients, said Jablons.

For people with lung cancer that has metastasized to regional lymph nodes, the standard treatment is surgery followed by chemotherapy. For people without detectable lymph node involvement, the approach generally is surgery followed by clinical observation alone. With this "watch and wait" approach, doctors recommend additional treatment -- surgeries, chemotherapy, or radiation therapy -- only if the cancer recurs.

The challenge for doctors is that many people with early-stage lung cancer harbor tiny, undetectable clumps of cancer cells either in their lungs or throughout their bodies that grow into tumors in the months and years after surgery, giving rise to recurrent cancer. Almost half of all people with stage I lung cancer have these very early metastatic cancers.

Past studies involving people with stage II and III disease suggest that earlier treatment, before recurrent tumors can be detected, improves the chances of survival.

Given the danger of metastases even from stage I lung cancer, however, current guidelines also recommend the consideration of chemotherapy for a subset of stage I patients whose tumors have characteristics that are believed to put them at high risk for recurrence.

The data reported in The Lancet indicate that the new molecular assay does a better job at identifying patients at high risk of early death after surgery, and may therefore be a better guide for consideration of early chemotherapy.

The molecular assay is based on technology developed originally at UCSF. The assay itself was developed by Pinpoint Genomics, a company based in Mountain View, California, and relies on a standard laboratory technique known as quantitative polymerase chain reaction (qPCR).

The analysis begins with a piece of the patient's cancerous tissue embedded in paraffin wax--the standard way of preserving all tissue samples removed during surgery. Material known as RNA, which reveals the relative activity level of genes within tissues, is then extracted from the tumors. The activity levels of 14 specific genes are then determined and compared to levels in normal lung. Eleven of these genes are linked to lung cancer biology, and the other three are common genes that are used to standardize the measurement of the cancer genes.

Pinpoint Genomics developed an algorithm for calculating risk of death after examining tissue taken from 361 patients at UCSF Medical Center who all had surgery to treat a common type of lung cancer called non-squamous, non-small cell lung cancer. The algorithm correlated the levels of these 14 genes with the clinical outcomes of these patients, the theory being that a molecular profile associated with a low, intermediate, or high risk of death in one patient could be used to predict a low, intermediate, or high risk in another patient.

To test their algorithm, the UCSF team partnered with Kaiser Permanente's Division of Research in Oakland, CA and blindly examined lung samples taken from 433 other patients in northern California with the earliest stage of the same type of cancer. They also used a similar blinded approach to test the algorithm using tissue samples from 1,006 lung cancer patients in China, where lung cancer is one of the leading causes of death. No other clinical trial examining molecular prognostic indicators has ever demonstrated the same result in two different populations with different genetic make-ups on two continents, the team said.

The scientists found that the algorithm very accurately differentiated patients with high, intermediate or low risks of death in these larger cohorts of patients, even for patients with stage II and stage III lung cancer.

This work was supported by private endowments to the UCSF Thoracic Oncology Laboratory and by Pinpoint Genomics, which provided reagents, supplies, and training to the China Clinical Trials Consortium. 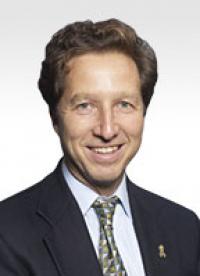