Cancers rarely are deadly unless they evolve the ability to grow beyond the tissues in which they first arise. Normally, cells -- even early-stage tumor cells -- are tethered to scaffolding that helps to restrain any destructive tendencies. But scientists from the University of Helsinki, Finland, and from UCSF have identified a cleaver-wielding protein that frees some tumor cells, allowing them to further misbehave.

The protein, they discovered, often blankets the surface of breast tumor cells and can help untether the cells from the matrix of their native tissue. Once released, they may continue to expand their numbers into other tissues where their normal counterparts do not tread.

The protein, called hepsin, is a protease, a class of enzymes that cleaves, or cuts, other proteins. Proteases have been targeted successfully by drugs, and hepsin presents a new possible drug target, the researchers said.

"If we could delay or prevent a tumor from switching from one that grows in place to one that invades, then that would be a major milestone in cancer treatment," said study co-author Zena Werb, PhD, a professor of anatomy at UCSF. Werb has for decades studied the ways in which the behavior of tumor cells is influenced by their surroundings, with a focus on breast tumors.

Working with mouse models of breast development and breast cancer in Werb's UCSF laboratory during a visiting professorship, University of Helsinki scientist Juha Klefström, PhD -- along with Johanna Partanen, a University of Helsinki graduate student -- designed and led experiments that resulted in the discovery of the hepsin protein's role.

Their findings are published in the January 16, 2012 edition of the Proceedings of the American Academy of Sciences (PNAS).

The scientists studied mammary glands in mice and tissue fragments - called organoids - isolated from these glands.

They found that inactivation of a tumor suppressor gene known as liver kinase B1 (Lkb1) caused abnormal development of parts of the mammary gland, including milk-secreting structures. Specifically, they determined that a tightly knit matrix of protein fibers called the basement membrane -- which normally surrounds the milk-secreting structures -- was damaged and degraded.

These events may be triggered in many tumors, the team said, as they found that Lkb1 was abnormally missing in 1 out of every 4 human breast cancer samples they looked at.

Most solid tumors arise from "epithelial" cells, which line the surfaces and cavities of organs. The basement membrane, in turn, lines epithelial cell layers in tissues.

In their mouse studies, the researchers quickly settled on hepsin as a suspect in the destruction of the basement membrane that in turn allows tumor cells to become unbound. In the absence of Lkb1, the protein-cleaving enzyme was abnormally spread over the cell surface. They found that deactivating hepsin allowed the basement membrane to recover.

Graduate student Partanen sought to recapitulate the development of cancer by re-engineering the mice, knocking Lkb1 out of normal mammary epithelial cells. Again, hepsin spread abnormally and basement membrane proteins were sliced and diced. After a year, though, she found that the mice had not grown mammary tumors.

"I was disappointed with the results," she said. "However, then I realized that although broken basement membrane may give cells more freedom to proliferate, the cells may just lay there, resting, and not start to over-proliferate unless they are pushed into cycles of cell division."

Partanen then re-engineered the mice so that they also abnormally activated a gene called Myc, which, is known to help initiate tumors in many tissues, including breast epithelium. She soon saw the mice begin to form tumors.

"We found in our study that genetic removal of hepsin from the mammary gland organoids prevents formation of cancerous tissue," Klefström said. "This finding excites us, as it leads us to think that inhibition of hepsin by drug-like molecules could restrain cancer progression.

"However, we do not know yet if we can cure already-formed tumors by blocking hepsin activity. We need to first improve our experimental systems to properly address this question."

According to Web, "We have observed that loss of Lkb1, combined with activation of a weak inducer of breast cancer - an oncogene such as Myc - can produce aggressive cancers.

"In humans, breast cancers that have diminished amounts of Lkb1 show strong hepsin expression. Since hepsin sits on the cell membrane, it should be accessible to drugs. We believe that hepsin forms a novel target for treatment of a subset of breast cancer patients."

Some breast cancer spread may be triggered by a protein, study shows 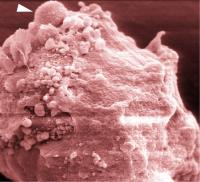 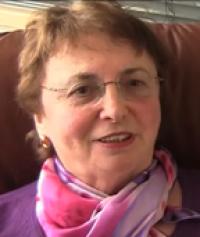 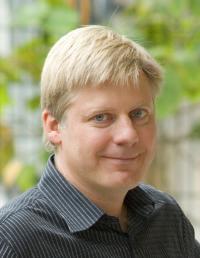