Drinking alcohol leads to the release of endorphins in areas of the brain that produce feelings of pleasure and reward, according to a study led by researchers at the Ernest Gallo Clinic and Research Center at the University of California, San Francisco.

The finding marks the first time that endorphin release in the nucleus accumbens and orbitofrontal cortex in response to alcohol consumption has been directly observed in humans.

Endorphins are small proteins with opiate-like effects that are produced naturally in the brain.

"This is something that we've speculated about for 30 years, based on animal studies, but haven't observed in humans until now," said lead author Jennifer Mitchell, PhD, clinical project director at the Gallo Center and an adjunct assistant professor of neurology at UCSF. "It provides the first direct evidence of how alcohol makes people feel good."

The discovery of the precise locations in the brain where endorphins are released provides a possible target for the development of more effective drugs for the treatment of alcohol abuse, said senior author Howard L. Fields, MD, PhD, a professor of neurology and Endowed Chair in Pharmacology of Addiction in Neurology at UCSF and director of human clinical research at the Gallo Center.

The study appears on January 11, 2012, in Science Translational Medicine.

The researchers used positron emission tomography, or PET imaging, to observe the immediate effects of alcohol in the brains of 13 heavy drinkers and 12 matched "control" subjects who were not heavy drinkers.

In addition, the more endorphins released in the orbitofrontal cortex, the greater the feelings of intoxication in the heavy drinkers, but not in the control subjects.

"This indicates that the brains of heavy or problem drinkers are changed in a way that makes them more likely to find alcohol pleasant, and may be a clue to how problem drinking develops in the first place," said Mitchell. "That greater feeling of reward might cause them to drink too much."

Before drinking, the subjects were given injections of radioactively tagged carfentanil, an opiate-like drug that selectively binds to sites in the brain called opioid receptors, where endorphins also bind. As the radioactive carfentanil was bound and emitted radiation, the receptor sites "lit up" on PET imaging, allowing the researchers to map their exact locations.

The subjects were then each given a drink of alcohol, followed by a second injection of radioactive carfentanil, and scanned again with PET imaging. As the natural endorphins released by drinking were bound to the opioid receptor sites, they prevented the carfentanil from being bound. By comparing areas of radioactivity in the first and second PET images, the researchers were able to map the exact locations -- areas of lower radioactivity -- where endorphins were released in response to drinking.

The researchers found that endorphins released in response to drinking bind to a specific type of opioid receptor, the Mu receptor.

This result suggests a possible approach to improving the efficacy of treatment for alcohol abuse through the design of better medications than naltrexone, said Fields, who collaborated with Mitchell in the design and analysis of the study.

Fields explained that naltrexone, which prevents binding at opioid receptor sites, is not widely accepted as a treatment for alcohol dependence -- "not because it isn't effective at reducing drinking, but because some people stop taking it because they don't like the way it makes them feel," he said.

"Naltrexone blocks more than one opioid receptor, and we need to know which blocking action reduces drinking and which causes the unwanted side effects," he said. "If we better understand how endorphins control drinking, we will have a better chance of creating more targeted therapies for substance addiction. This paper is a significant step in that direction because it specifically implicates the Mu opioid receptor in alcohol reward in humans."

Co-authors of the study are James P. O'Neill and Mustafa Janabi of Lawrence Berkeley Laboratory and Shawn M. Marks and William J. Jagust, MD, of LBL and the University of California, Berkeley.

The study was supported by funds from the Department of Defense and by State of California Funds for Research on Drug and Alcohol Abuse.

The UCSF-affiliated Ernest Gallo Clinic and Research Center is one of the world's preeminent academic centers for the study of the biological basis of alcohol and substance use disorders. Gallo Center discoveries of potential molecular targets for the development of therapeutic medications are extended through preclinical and proof-of-concept clinical studies.

Study offers clue as to why alcohol is addicting

Journal
Science Translational Medicine
Funder
US Department of Defense, State of California Funds for Research on Drug and Alcohol Abuse 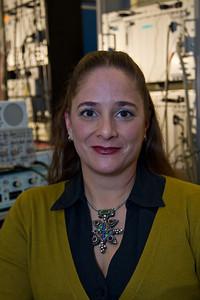 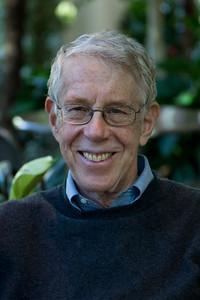