After people with low-grade glioma, a type of brain cancer, undergo neurosurgery to remove the tumors, they face variable odds of survival -- depending largely on how rapidly the cancer recurs. Even though their doctors monitor the tumor closely with sophisticated imaging, it is difficult to determine with certainty whether cancer has returned in a more malignant state that requires aggressive treatment.

Now a team from the University of California, San Francisco (UCSF) has developed methods to reveal a molecular marker in tissue samples from brain tumors that has been linked to better survival odds. Monitoring this marker in the brain could provide doctors with a better way to follow their patients after surgery.

Though this technique has not yet been optimized for routine use in the clinic, it may help doctors better gauge cancer recurrence, make follow-up treatment decisions and assess how a patient responds to recommended treatments -- particularly in patients with low-grade forms of the cancer.

"If a tumor transforms to a higher grade, then it is important to use more aggressive treatments," said Sarah Nelson, PhD, the Margaret Hart Surbeck Distinguished Professor in Advanced Imaging at UCSF and a professor in the Department of Radiology and Biomedical Imaging.

The research group at UCSF used MRI methods to obtain data from image-guided tissue samples from more than 50 patients with glioma that demonstrated the presence of a chemical called 2-HG, linked to mutations in a gene known as IDH1. Studies in the last two years have shown these mutations are more common in low-grade tumors and are associated with longer survival. More than 70 percent of patients with low-grade gliomas have mutations to the IDH1 genes in their cancer cells.

Published this month in the journal Science Translational Medicine, the work required the use of specialized methods and equipment that was sensitive enough to detect the 2-HG in small tissue samples. A companion paper from a group at Harvard was published in the same issue and showed preliminary results indicating that 2-HG could be detected non-invasively from relatively large regions of tumor in two patients with IDH1 mutations.

Moving forward, the techniques used must be refined so that standard hospital MRI scanners can image the presence of 2-HG. "Developing methods to obtain images in a clinical setting is an engineering challenge now," Nelson said.

The work was a collaboration among several departments at UCSF, including Radiology and Biomedical Imaging; Bioengineering and Therapeutic Sciences; Pathology; and Neurological Surgery. The lead authors on the paper were Llewellyn Jalbert, a graduate student in the Bioengineering PhD program; and Adam Elkhaled, a staff researcher in the Department of Radiology and Biomedical Imaging.

It was funded by a $1.5 million-per-year National Cancer Institute grant called the Specialized Program for Research Excellence. Now in its 10th year of funding, the grant aims to translate basic laboratory and clinical discoveries into optimal ways of delivering treatment and monitoring a patient's progress.

Department of Bioengineering and Therapeutic Sciences at UCSF
http://bts.ucsf.edu/

"Watchful Waiting" has a New Set of Eyes
http://www.ucsf.edu/news/2010/11/5846/new-prostate-cancer-imaging-shows-real-time-tumor-metabolism 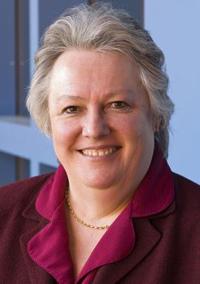