(Santa Barbara, Calif.) - Researchers in the Computational Materials Group at the University of California, Santa Barbara (UCSB) have uncovered the fundamental limits on optical transparency in the class of materials known as transparent conducting oxides. Their discovery will support development of energy efficiency improvements for devices that depend on optoelectronic technology, such as light- emitting diodes and solar cells.

Transparent conducting oxides are used as transparent contacts in a wide range of optoelectronic devices, such as photovoltaic cells, light-emitting diodes (LEDs), and LCD touch screens. These materials are unique in that they can conduct electricity while being transparent to visible light. For optoelectronic devices to be able to emit or absorb light, it is important that the electrical contacts at the top of the device are optically transparent. Opaque metals and most transparent materials lack the balance between these two characteristics to be functional for use in such technology.

Conducting oxides strike an ideal balance between transparency and conductivity because their wide band gaps prevent absorption of visible light by excitation of electrons across the gap, according to the researchers. At the same time, dopant atoms provide additional electrons in the conduction band that enable electrical conductivity. However, these free electrons can also absorb light by being excited to higher conduction-band states.

"Direct absorption of visible light cannot occur in these materials because the next available electron level is too high in energy. But we found that more complex absorption mechanisms, which also involve lattice vibrations, can be remarkably strong", says Hartwin Peelaers, a postdoctoral researcher and the lead author of the paper. The other authors are Emmanouil Kioupakis, now at the University of Michigan, and Chris Van de Walle, a professor in the UCSB Materials Department and head of the research group.

They found that tin dioxide only weakly absorbs visible light, thus letting most light pass through, so that it is still a useful transparent contact. In their study, the transparency of SnO2 declined when moving to other wavelength regions. Absorption was 5 times stronger for ultraviolet light and 20 times stronger for the infrared light used in telecommunications.

"Every bit of light that gets absorbed reduces the efficiency of a solar cell or LED", remarked Chris Van de Walle. "Understanding what causes the absorption is essential for engineering improved materials to be used in more efficient devices."

Their research was supported as part of the UCSB Center for Energy Efficient Materials, an Energy Frontier Research Center funded by the United States Department of Energy, by the Belgian American Educational Foundation, and by the UCSB Materials Research Laboratory: a National Science Foundation MRSEC. 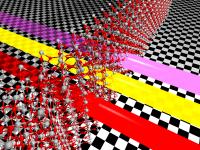 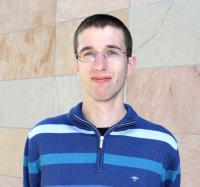 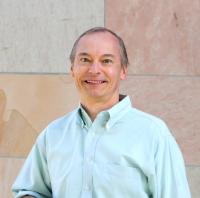