To probe the genetic secrets of one of the most common neurological diseases, more than 4,000 people with various forms of epilepsy will have their DNA decoded over the next five years in a study led by researchers at the University of California, San Francisco (UCSF) and several collaborating institutions.

"This is the largest, most sophisticated project that has ever been attempted for identifying the genetic causes of epilepsy, and it has come about as the result of a great spirit of collaboration among scientists, clinicians, patients and their family members from throughout the world," said Daniel Lowenstein, MD, vice chair of the Department of Neurology and director of the UCSF Epilepsy Center.

Sorting the patients' DNA sequences and comparing them to their histories, brain scans and other clinical data will help frame understanding of a disease that strikes tens of millions worldwide, including about 2 million people in the United States. The work may also reveal new ways to treat people with epilepsy.

UCSF has been one of the world's leading institutions involved in epilepsy research for years and has one of the few medical centers in the world with top-ranking departments in the areas most relevant to this research: biomedical imaging, neurology and neurosurgery.

The new project, funded by a $25-million grant from the National Institute of Neurological Disorders and Stroke, follows on the heels of another study known as the Epilepsy Phenome/Genome Project and led by Lowenstein and colleagues worldwide, which is collecting detailed clinical data and DNA samples from 3,750 people with epilepsy and 1,500 of their relatives without the disease.

In addition to sequencing DNA from a larger number of people, the new project will apply cutting-edge methods for identifying disease-causing variations in the genome known as copy number variants (CNVs), and it will look for genetic clues that might explain why an apparently similar form of epilepsy can be responsive to treatment in one patient and not so in another.

Thousands of Years of Epilepsy

Epilepsy is among the most common neurological diseases in the world today, affecting almost 1 percent of the population. But it first was recognized in ancient times. Hippocrates, the father of western medicine, described it in detail in his writings some 2,500 years ago, and the disease is believed to have afflicted many famous people throughout history, including Julius Caesar.

The word epilepsy means "seizures" in Greek, and while short-term seizures are common to a number of other conditions, including head injuries, infections, exposure to toxins, sleep deprivation and stroke, people with epilepsy suffer recurrent seizures. Those seizures basically result from spontaneous instabilities in the brain's firing neurons that can lead to symptoms ranging from slight muscle twitches to severe convulsions and loss of consciousness, depending on which parts of the brain are involved.

Many types of epilepsy exist, and even though some are known to run in families, most types do not seem to follow the regular inheritable pattern caused by a single gene mutation. What this means, said Lowenstein, is that instead of having a single, "smoking gun" gene cause, the disease arises from the combined effect of multiple of genes that overlap with environmental triggers to cause the various forms of epilepsy.

Identifying the key genes from among this smorgasbord is exactly what he and his colleagues hope to accomplish in the next few years.

They are focused on two general patterns of genetics. One involves people with epilepsy that begins in early childhood and is associated with mental retardation and severe developmental disorders. These children are largely believed to have mutations to their genes that occurred de novo at the earliest stage of development, and were not inherited. By sequencing their DNA and comparing it to the DNA taken from their parents, Lowenstein and his colleagues hope to discover what those mutations are.

The other group involves thousands of people who have at least one other first-degree relative with epilepsy, but the inheritance pattern in their family suggests the involvement of multiple gene mutations. Sifting through the thousands of variations in the genetic code now known to be unique to each individual, healthy or not, will represent an enormous computational and biostatistical challenge. Nonetheless, Lowenstein and his colleagues say they are ready.

"Through the efforts of a remarkable team, we have been able to assemble an extraordinary collection of detailed clinical information on thousands of people with epilepsy," Lowenstein said. "This, together with the fact that sequencing technology has reached the landmark of the 'thousand dollar genome', gives us an unprecedented opportunity to get to the core of the genetics of epilepsy."

Additional information on the grant, including enrollment in the study, can be found at http://www.epgp.org/.

PODCAST: Epilepsy - in Search of Genomes with Frustrating Phenomes http://www.ucsf.edu/news/2008/10/3731/epilepsy-search-genomes-frustrating-phenomes-conversation 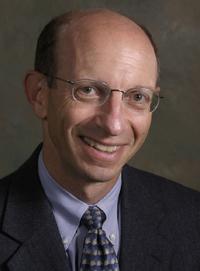