William C. Mobley, MD, PhD, chair of the Department of Neurosciences at the University of California, San Diego School of Medicine and Chairman of the U.S. Scientific Advisory Committee of the Jérôme Lejeune Foundation, was recognized by U.S. Congressman Pete Sessions from the floor of the House of Representatives in December. Sessions said of Mobley - who received the International Sisley-Jérôme Lejeune Prize in a ceremony at the Museum of Medical History in Paris on December 8 - "Dr. Mobley's many contributions in the field of Down syndrome have been truly valued in the special needs community. His research to identify causes of neurodegenerative disorders has brought new optimism to those afflicted with diseases, from Alzheimer's to Down syndrome."

The International Sisley-Jérôme Lejeune award was given to Mobley in recognition of his ambitious and innovative research into treatments for neurological disabilities, in particular Down syndrome. In his acceptance speech, Mobley commented that "Today, we have not yet developed an effective treatment, but our work shows that it will soon be possible."

"His commitment and expertise in this area are a guarantee of excellence for the Foundation," said Jean-Marc Guilloux, Executive Director of the U.S. Jérôme Lejeune Foundation. "We are honored that a researcher of Dr. Mobley's stature has agreed to assist us at this critical stage of launching this new initiative in the United States on behalf of those with genetic intellectual disabilities." Mobley will be joined on the U.S. Scientific Advisory Committee by Randi Hagerman, MD, professor of the M.I.N.D. Institute at the University of California, Davis, and a research specialist in Fragile X syndrome, and by David Patterson, PhD, professor at the University of Denver, a researcher in the fields Down syndrome and autism.

The International Sisley-Jérôme Lejeune Prize carries a cash award and is made possible by a generous grant of the Sisley Foundation, Paris.

The Jérôme Lejeune Foundation (Paris/U.S.) was founded in 1996 and is the world's largest private funder of Down syndrome research, providing some $21 million worldwide. In 2010 alone the Foundation invested $4 million in research, and funded over 60 research projects which together are breaking new ground in both the understanding and management of Down syndrome, Fragile X syndrome, and other intellectual disabilities of genetic origin. The Foundation's mission is based upon three closely joined pillars of activity: research, care, and advocacy, all carried out in a spirit of profound respect for the dignity of all human persons. 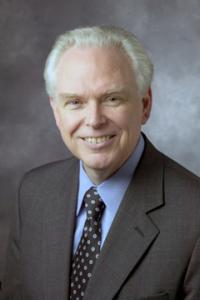