New research on autism in adults has shown that adults with a more severe learning disability have a greater likelihood of having autism.

This group, mostly living in private households, was previously 'invisible' in estimates of autism.

Dr Terry Brugha, Professor of Psychiatry at the University of Leicester, led research on behalf of the University for the report Estimating the Prevalence of Autism Spectrum Conditions in Adults: Extending the 2007 Adult Psychiatric Morbidity Survey, which has today been published by the NHS Information Centre.

The report involved a survey of adults from learning disability registers in Leicestershire, Lambeth and Sheffield between August 2010 and April 2011.

Today's report presents findings from a new study based on a sample of people with learning disabilities living in private households and communal care establishments. The findings are combined with information from the Adult Psychiatric Morbidity Survey (APMS) 2007, previously published by the NHS Information Centre, which included research on autism also led by Dr Brugha.

Dr Brugha, also a consultant psychiatrist working in the NHS with the Leicestershire Partnership NHS Trust, said: "We were surprised by how many adults with moderate to profound learning disability had autism because previous estimates pointed to lower rates in this group. Because they form a very small part of the adult population, when we added these new findings to the rate we had previously found in adults living in private households, and able to take part in our national survey in 2007, the overall percentage of adults in England with autism did not increase significantly over our 2007 estimate of 1%."

"Our finding that about 60% of men with profound learning disabilities and 43% of women with profound learning disabilities have autism has never been shown previously. It may also seem surprising how many live at home with parents or carers who provide 24 hour care and shoulder a considerable burden: 42% of men and 29% of women with severe learning disabilities living with family members and in other private households have autism. Taken together with the 2007 survey findings this means that most adults with autism live in private households, and before these two surveys they remained largely invisible".

Dr Brugha added "This new information will be of particular importance for those who plan and provide services to support those with learning disabilities. In March 2010, the Government published a national strategy for autism and guidance for the condition, with the view to improving the quality of services provided to adults with autism in England. Such improvements can only be achieved if the number of people with recognised and unrecognised autism is quantified. The strategy gave special emphasis to the need to train staff who have responsibility for identifying people with autism and their care. It will be vital to repeat such studies in future years in order to make sure that the national strategy is working effectively."

Sally-Ann Cooper, Professor of Learning Disabilities at the University of Glasgow, who also contributed to the latest study commented: "Until now routine statistics have not been gathered on the numbers of people with learning disabilities who also have autism leaving this as a hidden problem. Our study clearly shows that the more severe to profound an adult's learning disability is, the more likely they will be found to have autism if actually assessed."

Today's report is at: http://www.ic.nhs.uk/pubs/autism11

The Adult Psychiatric Morbidity Survey (APMS) 2007 is at: http://www.ic.nhs.uk/pubs/asdpsychiatricmorbidity07

The new study was carried out for the NHS Information Centre for Health and Social care by the University of Leicester, in collaboration with the Leicestershire Partnership NHS Trust, NatCen Social Research (NatCen), and the University of Glasgow.

The study was funded by the NHS Information Centre on behalf of the Department of Health, England. The NHS Information Centre is England's authoritative, independent source of health and social care information. It works with a range of health and social care providers nationwide to provide the facts and figures that help the NHS and social services run effectively. Its role is to collect data, analyse it and convert it into useful information which helps providers improve their services and supports academics, researchers, regulators and policymakers in their work. The NHS Information Centre also produces a wide range of statistical publications each year across a number of areas including: primary care, health and lifestyles, screening, hospital care, population and geography, social care and workforce and pay statistics. For more information, contact the press office on 0845-257-6990 or mediaenquiries@ic.nhs.uk. 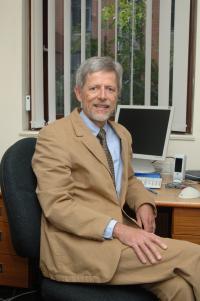