COLUMBIA, Mo. - Children with autism spectrum disorders (ASD) tend to be fascinated by screen-based technology. A new study by a University of Missouri researcher found that adolescents with autism spend the majority of their free time using non-social media, including television and video-games.

"Even though parents and clinicians have often observed that children with ASD tend to be preoccupied with screen-based media, ours is the first large-scale study to explore this issue," said Micah Mazurek, assistant professor in the School of Health Professions and the Thompson Center for Autism and Neurodevelopmental Disorders. "We found that 64 percent of adolescents with ASD spent most of their free time watching TV and playing video and computer games. These rates were much higher than among those with other types of disabilities. On the other hand, adolescents with ASD were less likely to spend time using email and social media."

The majority of youths with ASD (64.2 percent) spend most of their free time using solitary, or non-social, screen-based media (television and video games) while only 13.2 percent spend time on socially interactive media (email, internet chatting).

This is the first study to examine the prevalence of screen-based media use within a large nationally representative sample of youths with ASD. Data were compiled from the National Longitudinal Transition Study 2, a group of more than 1,000 adolescents enrolled in special education. The study includes youths with ASD, learning and intellectual disabilities, and speech and language impairments.

The findings affirm that solitary screen-based media use represents a primary and preferred activity for a large percentage of youths with ASD, Mazurek said. Previously, researchers found that excessive use of these media in typically developing children is detrimental to outcomes, with regard to academic performance, social engagement, behavioral regulation, attention and health.

"This is an important issue for adolescents with ASD and their families. Studies have shown that excessive use of TV and video games can have negative long-term effects for typically developing children," Mazurek said. "In future studies, we need to learn more about both positive and negative aspects of media use in children with ASD. We need to look for ways to capitalize on strengths and interests in screen-based technology."

The study, "Prevalence and Correlates of Screen-Based Media Use Among Youths with Autism Spectrum Disorders," is published in the current issue of the Journal of Autism and Developmental Disorders. The research was funded by a grant from the National Institute of Mental Health and the Organization for Autism Research. 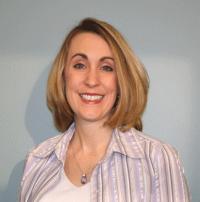