COLUMBIA, Mo. - While it may appear that infants are helpless creatures that only blink, eat, cry and sleep, one University of Missouri researcher says that studies indicate infant brains come equipped with knowledge of "intuitive physics."

"In the MU Developmental Cognition Lab, we study infant knowledge of the world by measuring a child's gaze when presented with different scenarios," said Kristy vanMarle, an assistant professor in the Department of Psychological Sciences in the College of Arts and Science. "We believe that infants are born with expectations about the objects around them, even though that knowledge is a skill that's never been taught. As the child develops, this knowledge is refined and eventually leads to the abilities we use as adults."

In a review of related scientific literature from the past 30 years, vanMarle and Susan Hespos of Northwestern University found that the evidence for intuitive physics occurs in infants as young as two months - the earliest age at which testing can occur. At that age, infants show an understanding that unsupported objects will fall and that hidden objects do not cease to exist. Scientific testing also has shown that by five months, infants have an expectation that non-cohesive substances like sand or water are not solid. In a previous publication, vanMarle found that children as young as 10 months consistently choose larger amounts when presented with two different amounts of food substance.

"We believe that infants are born with the ability to form expectations and they use these expectations basically to predict the future," vanMarle said. "Intuitive physics include skills that adults use all the time. For example, when a glass of milk falls off the table, a person might try to catch the cup, but they are not likely to try to catch the milk that spills out. The person doesn't have to consciously think about what to do because the brain processes the information and the person simply reacts. The majority of an adult's everyday interactions with the world are automatic, and we believe infants have the same ability to form expectations, predicting the behavior of objects and substances with which they interact."

While the intuitive physics knowledge is believed to be present at birth, vanMarle believes parents can assist skill development through normal interaction, such as playing and talking with the child and encouraging him/her to interact with objects.

"Despite the intuitive physics knowledge, a parent probably cannot do much to 'get their child ahead' at the infant stage, including exposing him or her to videos marketed to improve math or language skills," vanMarle said. "Natural interaction with the child, such as talking to him/her, playing peek-a-boo, and allowing him/her to handle safe objects, is the best method for child development. Natural interaction with the parent and objects in the world gives the child all the input that evolution has prepared the child to seek, accept and use to develop intuitive physics."

The study, "Physics for infants: characterizing the origins of knowledge about objects, substances and number," is published in the January issue of WIREs Cognitive Science. 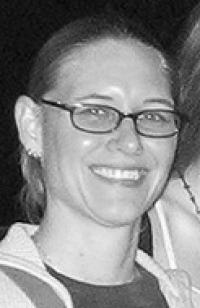