COLUMBIA, Mo. - Human arteries - some smaller than a strand of hair - stiffen as a person ages. This stiffening is a factor in cardiovascular disease, the leading cause of death in the United States, because it contributes to the circulatory complications in disorders such as high blood pressure and diabetes. University of Missouri researchers have now used advanced 3-D microscopic imaging technology to identify and monitor the proteins involved in this stiffening process. These findings could eventually help researchers and physicians understand and treat complications associated with cardiovascular disease.

"A majority of the scientific knowledge of how blood vessels are put together is based on older methodologies that only measured the amount of protein in the artery wall and not how the proteins were architecturally arranged to support artery functions," said Gerald Meininger, director of the MU Dalton Cardiovascular Research Center and Margaret Proctor Mulligan Professor of Medical Pharmacology and Physiology. "We used state-of-the-art imaging technology and computer-based models to visualize the minute structural elements within an intact blood vessel and found that one of the proteins, elastin, plays a key role in supporting the ability of the arterial wall to properly function."

As people age, the level of elastin diminishes and other proteins, such as collagen, contribute to altering the arterial stiffness. The researchers believe that learning how to alter elastin levels may alleviate some of the detrimental results associated with vascular aging, such as high blood pressure.

"When people think of blood vessels, they tend to think of rigid pipes, but blood vessels are very dynamic because they continually expand and contract to adjust blood flow and blood pressure to meet the body's needs," said Michael Hill, also of the Dalton Cardiovascular Research Center and Professor of Medical Pharmacology and Physiology. "Elastin production peaks at a very young age and declines throughout life. Molecular biologists are trying to determine how to turn elastin production back on in the correct places, but it has proven very difficult so far."

The MU researchers believe the knowledge also may be used in future efforts to develop artificial vascular structures to improve tissue replacement. Blood vessels sometimes fail during the tissue replacement process, and understanding how vessels are built and change could lead to a better success rate.

The study, "Spatial Distribution and Mechanical Function of Elastin in Resistance Arteries," was published in Arteriosclerosis, Thrombosis, and Vascular Biology, the Journal of the American Heart Association. The study was funded by the National Institutes of Health. 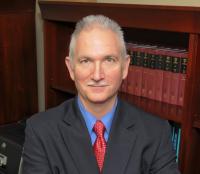