COLUMBIA, Mo. - A University of Missouri researcher and his colleague have conducted a review that casts doubt on the accuracy of a popular theory that attempted to explain why there are more men than women in top levels of mathematic fields. The researchers found that numerous studies claiming that the stereotype, "men are better at math" - believed to undermine women's math performance - had major methodological flaws, utilized improper statistical techniques, and many studies had no scientific evidence of this stereotype.

This theory, called stereotype threat, was first published in 1999 in the Journal of Experimental Social Psychology. Essentially, the theory is that due to the stereotype that women are worse than men in math skills, females develop a poor self-image in this area, which leads to mathematics underachievement.

"The stereotype theory really was adopted by psychologists and policy makers around the world as the final word, with the idea that eliminating the stereotype could eliminate the gender gap," said David Geary, Curators Professor of Psychological Sciences in the MU College of Arts and Science. "However, even with many programs established to address the issue, the problem continued. We now believe the wrong problem is being addressed."

In the study, Geary and Giljsbert Stoet, from the University of Leeds in the United Kingdom, examined 20 influential replications of the original stereotype theory study. The researchers found that many subsequent studies had serious scientific flaws, including a lack of a male control group and improperly applied statistical techniques.

"We were surprised the researchers did not subject males to the same experimental manipulations as female participants," Geary said. "It is reasonable to think that men also would not do well if told 'men normally do worse on this test' right before they take the test. When we adjusted the findings based on this and other statistical factors, we found little to no significant stereotype theory effect."

The researchers believe that basing interventions on the stereotype threat is actually doing more harm than good, as vital resources are being dedicated to a problem that does not exist.

"These findings really irritate me, as a psychologist, because this is a science where we are really trying to discover what the issues are," Geary said. "The fact is there are still a disproportionate number of men in top levels of science, technology, engineering and mathematics. We need more women to succeed in these fields for our economy and for our future."

The study, "Can stereotype threat explain the sex gap in mathematics performance and achievement?" will be published in the journal Review of General Psychology. 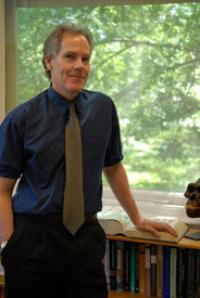