CHAPEL HILL, N.C. - The U.S. Preventive Services Task Force and other organizations have recommended that women ages 65 and older be routinely screened for osteoporosis using bone mineral density (BMD) screening. However, how often women should be screened is a topic that remains controversial and undecided, with no definitive scientific evidence to provide guidance.

Now a new study led by Margaret L. Gourlay, MD, MPH of the University of North Carolina at Chapel Hill School of Medicine finds that women aged 67 years and older with normal bone mineral density scores may not need screening again for 15 years.

"If a woman's bone density at age 67 is very good, then she doesn't need to be re-screened in two years or three years, because we're not likely to see much change," Gourlay said. "Our study found it would take about 15 years for 10 percent of women in the highest bone density ranges to develop osteoporosis."

"That was longer than we expected, and it's great news for this group of women," Gourlay said.

Gourlay, an assistant professor in UNC's Department of Family Medicine, presented these results in a study published in the Jan. 19, 2012 issue of The New England Journal of Medicine.

In the study, Gourlay and study co-authors analyzed data from 4,957 women aged 67 years and older that were collected as part of the longest-running osteoporosis study in the U.S., the Study of Osteoporotic Fractures. These women were enrolled in the study from 1986 to 1988 when they were 65 years or older, and had bone mineral density (BMD) testing starting about two years later. All had bone mineral density testing at least twice during the study period; some were tested up to five times over a period of 15 years.

For the analysis, women were categorized by BMD T-scores, which compare a person's bone mineral density to the expected bone density of a healthy young adult (about age 30). Women with osteoporosis (those with a T-score of -2.5 or lower) or past hip or clinical vertebral (spine) fractures were excluded because current guidelines recommend treatment for all women in those groups. Women who had already received treatment for osteoporosis were also excluded. The remaining women were placed in three groups according to their baseline BMD T-scores at the hip. The high risk group was women with T-scores ranging from -2.49 to -2.00, while the moderate risk group had T-scores from -1.99 to -1.50. The low risk group included two T-score ranges: T-scores -1.49 to -1.01, and normal BMD (those with T-scores of -1.00 or higher).

The researchers calculated estimated times for 10 percent of the women in each T-score group to transition to osteoporosis. For the high risk group, the estimated time was 1.1 years, while it was about 5 years for the moderate risk group and slightly over 15 years for the low risk group. They found that in those same time periods, only 2 percent or less of women had hip or clinical vertebral fractures, which are the most important fractures doctors try to prevent by screening for osteoporosis.

The study concluded that baseline BMD is the most important factor for doctors to consider in determining how often a patient should be screened. It also suggests that older postmenopausal women with a T-score -2.0 and below will transition to osteoporosis more rapidly, while women with T-scores higher than -2.0 may not need screening again for 5 to 15 years, Gourlay said. "Doctors may adjust these time intervals for a number of reasons, but our results offer an evidence-based starting point for this clinical decision." 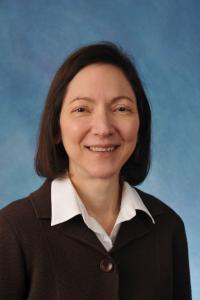