Tampa, FL (Jan 3, 2012) - Immune system abnormalities that mimic those seen with autism spectrum disorders have been linked to the amyloid precursor protein (APP), reports a research team from the University of South Florida's Department of Psychiatry and the Silver Child Development Center.

The study, conducted with mouse models of autism, suggests that elevated levels of an APP fragment circulating in the blood could explain the aberrations in immune cell populations and function - both observed in some autism patients. The findings were recently published online in the Journal of the Federation of American Societies for Experimental Biology.

The USF researchers concluded that the protein fragment might be both a biomarker for autism and a new research target for understanding the physiology of the disorder.

"Autism affects one in 110 children in the United States today," said research team leader Jun Tan, MD, PhD, professor of psychiatry and the Robert A. Silver Chair, Rashid Laboratory for Developmental Neurobiology at USF's Silver Child Development Center. "While there are reports of abnormal T-cell numbers and function in some persons affected with autism, no specific cause has been identified. The disorder is diagnosed by behavioral observation and to date no associated biomarkers have been identified."

"Not only are there no associated biomarkers, but the prognosis for autism is poor and the costs associated with care are climbing," said Francisco Fernandez, MD, department chair and head of the Silver Center. "The work of Dr. Tan and his team is a start that may lead to earlier diagnosis and more effective treatments."

The amyloid precursor protein is typically the focus of research related to Alzheimer's disease. However, recent scientific reports have identified elevated levels of the particular protein fragment, called, sAPP-α, in the blood of autistic children. The fragment is a well-known growth factor for nerves, and studies imply that it plays a role in T-cell immune responses as well.

To study the autism-related effects of this protein fragment on postnatal neurodevelopment and behavior, Dr. Tan and his team inserted the human DNA sequence coding for the sAPP-α fragment into the genome of a mouse model for autism. While the studies are ongoing, the researchers documented the protein fragment's effects on the immune system of the test mice.

"We used molecular biology and immunohistochemistry techniques to characterize T-cell development in the thymus and also function in the spleen of the test animals," Dr. Tan said. "Then we compared transgenic mice to their wild-type littermates."

The researchers found that increased levels of sAPP-α in the transgenic mice led to increased cytotoxic T-cell numbers. The investigators also discovered subsequent impairment in the recall function of memory T-cells in the test mice, suggesting that the adaptive immune response is negatively affected in the presence of high levels of the protein fragment.

"Our work suggests that the negative effects of elevated sAPP-α on the adaptive immune system is a novel mechanism underlying certain forms of autism," concluded Dr. Tan, who holds the Silver Chair in Developmental Neurobiology. "The findings also add support to the role of sAPP-α in the T-cell response." 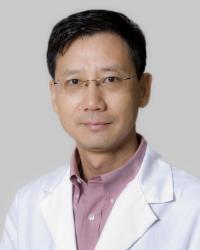