The prize, which is awarded in the fields of agriculture, chemistry, mathematics, medicine, physics and the arts, consists of a certificate and a monetary award of $100,000.

The list of winners for 2012 was announced Monday in a ceremony at the Israel Museum in Jerusalem by Israeli Education Minister Gideon Sa'ar. Israel's president, Shimon Peres, will present the awards May 13 at a ceremony in parliament.

Caffarelli will share the 2012 prize for mathematics with Michael Aschbacher, a professor at the California Institute of Technology.

"I feel deeply honored," says Cafferelli, who is a professor of mathematics, the holder of the Sid W. Richardson Foundation Regents' Chair in Mathematics No. 1, and a member of the ICES Applied Mathematics Group.

"It is a testament to the support I've received from UT, where my children have studied, and my wife, Irene, and myself share our work with an exceptional, dedicated group of people both at the Department of Mathematics and ICES."

"Put simply, the Wolf Prize is further evidence of Luis' huge impact," says Alan Reid, chair of the Department of Mathematics. "The list of previous winners reads in mathematics like a list of the giants of the field."

He is a pioneer in methods tackling many classical problems that have long defied mathematicians. He has done seminal work connected to Navier Stokes Equations (whose understanding is one of The Clay Mathematics Millennium Prize Problems), and he is also widely recognized as the world's leading specialist in free-boundary problems for nonlinear partial differential equations.

With his collaborators, he has authored more than 250 scientific publications documenting this work.

Caffarelli is the third Wolf Prize winner on the faculty of The University of Texas at Austin. He joins professors John Tate, who won the 2002 Wolf Prize for mathematics, and Allen Bard, who won the prize for chemistry in 2008.

Recipients of the Wolf Prize are selected by an international committee of recognized experts in each field. As of 2011, a total of 253 scientists and artists from 23 countries have been honored. The award has been given most years since 1978 for "achievements in the interest of mankind and friendly relations among peoples ... irrespective of nationality, race, colour, religion, sex or political views."

This year's arts prize went to tenor Placido Domingo, who became the first vocal artist to win the prize, and to English conductor Sir Simon Rattle. Israeli physicist Jacob D. Bekenstein at the Racah Institue of Physics won the physics prize. The others went to U.S.-based scientists, including chemists A. Paul Alivisatos at Lawrence Berkeley National Laboratory and Charles M. Lieber at Harvard University, and in medicine, Ronald M. Evans at the Salk Institute. 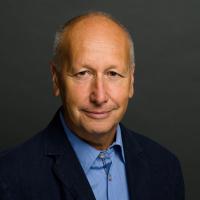