HOUSTON -- Scientists have connected two signature characteristics of pancreatic cancer, identifying a self-perpetuating "vicious cycle" of molecular activity and a new potential target for drugs to treat one of the most lehal forms of cancer.

The research, reported in the journal Cancer Cell and led by scientists at The University of Texas MD Anderson Cancer Center, connected the molecular dots between:

"Kras is mutated in 80 to 95 percent of pancreatic ductal adenocarcinomas, and is the most frequent mutation among all cancers," said senior author Paul Chiao, Ph.D., professor in MD Anderson's Department of Molecular and Cellular Oncology.

About 42,000 new cases of pancreatic ductal adenocarcinoma are diagnosed in the United States each year. Estimates vary, but the 5-year survival rate has been 1 to 3 percent for decades and median survival after diagnosis is six months, the researchers note.

"There have been many attempts to inhibit mutated Kras, but it's an elusive target that so far has defied treatment," Chiao said. "So if we can't hit Kras, maybe we can target one of its downstream genes. This research identifies some of those genes and suggests that interleukin-1apha (IL-1α) is a potential therapeutic target."

Chiao and colleagues identified IL-1α as a crucial player in a feed-forward loop that:

Chiao has three research grants from the National Cancer Institute to study pancreatic cancer. "We study signaling transduction pathways to try to find out why it's such a bad disease and to find a weak point for targeted therapy," he said.

In the Cancer Cell paper, the authors conclude: "Our findings suggest that the prime mover responsible for cancer-related inflammatory response and the development of pancreatic intraepithelial neoplasia (precancerous lesions) and pancreatic ductal adenocarcinoma is the mutant Kras-initiated constitutive activation of NF-κB."

This process, they further noted, creates a pro-tumor microenvironment by promoting inflammation, creation of new blood vessels and tissue repair that is similar to conditions found in inherited pancreatitis, inflammation of the pancreas that is linked to the development of cancer.

The team analyzed mouse and human tumors and mouse strains with mutated Kras expressed in their pancreases. In a series of experiments they found:

The team's research was funded by grants from the National Cancer Institute, including MD Anderson's Cancer Center Core Support Grant. 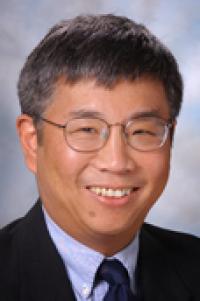