Fusion plasma researchers at the University of Warwick have teamed up with Cambridge neuroscientists to apply their expertise developed to study inaccessible fusion plasmas in order to significantly improve the understanding of the data obtained from non-invasive study of the fast dynamics of networks in the human brain.

Unless they undertake invasive techniques, neuroscientists are limited to external sensing when studying live brains. One key method the researchers turn to is magnetoencephalography (MEG) in which sensors measure the tiny magnetic fields outside the head that are generated as our brains think. In order to get a 'functional blueprint' of how our brains work, researchers want to use these measurements to pinpoint which different regions of the brain appear to be synchronised with each other as a person does different tasks. In this study, researchers were interested in how the brain reacts to surprise. Healthy volunteers were asked to listen to a series of 'beeps', some of which were regular and repetitive and some of which were different and out of sequence, and researchers 'listened in' to their brain activity using state-of-the-art MEG setup at the MRC Cognition and Brain Sciences Unit in Cambridge.

MEG has great potential as a useful diagnostic tool - it is non-invasive and much more comfortable for the subject than other techniques - but the neuromagnetic signal varies fast, the signal to noise ratio is low meaning that such data are challenging to understand.

These challenges - extracting signal from noise in observations that can only be made from external sensors - are also often faced in magnetically confined plasmas for fusion. Fusion plasma researchers at the University of Warwick have developed methods to deal with data analysis problems similar to those faced by the neuroscientists. The Warwick researchers have now shared these methods and analytical techniques with their neuroscientific colleagues in Cambridge and Birkbeck. Together they have been able to carry out new studies that are already beginning to provide new insights into the brain's network - they have made the first map of the dynamically changing network of the brain as it deals with the 'surprise' of the different sounds. They have just published the first results of this work in the Journal of Neurophysiology in the paper "Fast reconfiguration of high frequency brain networks in response to surprising changes in auditory input." The two lead authors on the paper were Dr Ruth Nicol and Professor Sandra Chapman from Centre for Fusion, Space and Astrophysics, in the University of Warwick's Department of Physics who worked closely with Professor Ed Bullmore and his team in Cambridge University's Brain Mapping Unit at Addenbrookes and other neuroscientists in Cambridge and Birkbeck.

Professor Sandra Chapman from the University of Warwick said:

"You never know when knowledge from one field can help out in another. It is very satisfying to find that ideas we have developed to understand remote observations of the 'space weather' of the earth's aurora and magnetic fields, and the dynamics of magnetically confined fusion plasmas - which will one day provide a source of domestic power- can also help us listen in on the workings of the human brain.''

"The complexity of biological systems like the human brain demands an interdisciplinary approach to data analysis where physicists can combine their quantitative skills with the domain expertise of neuroscientists to achieve greater understanding than either group could achieve alone. This study provides exciting new insight into how human brain networks are rapidly reconfigured in response to unpredictable stimuli and also provides a great example of the value added by scientists working together in innovative collaborations to address some of the key challenges of neuroscience."

The researchers have begun to get some intriguing new insights. When test subjects heard the predictable standard tone the researchers observed that the brain tends to synchronise locally - active connections were mostly between neighbouring regions of the brain. However when the unexpected surprising tones were heard the researchers were able to observe how the human brain dynamically reconfigures its connections - the percentage of long range or global connections used by the brain for communication between widely separated regions increases and this happens near-instantly, in just 80 milliseconds. It is likely that the brain has evolved to be efficient - to use the least energy possible in performing routine tasks and so only these long range connections only emerge when they are needed- for example, to assess a surprising event in our environment.

1. The research was supported by GlaxoSmithKline, MRC and by an EPSRC 'Cross Disciplinary Feasibility Account' specifically designed to promote cross disciplinary working.

Professor Sandra, Chapman, University of Warwick
S.C.Chapman@warwick.ac.uk or via

Fusion plasma research helps neurologists to hear above the noise 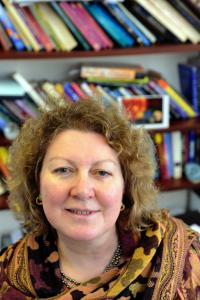