A team of academic researchers has identified the intracellular mechanisms regulated by vitamin D3 that may help the body clear the brain of amyloid beta, the main component of plaques associated with Alzheimer's disease.

Published in the March 6 issue of the Journal of Alzheimer's Disease, the early findings show that vitamin D3 may activate key genes and cellular signaling networks to help stimulate the immune system to clear the amyloid-beta protein.

Previous laboratory work by the team demonstrated that specific types of immune cells in Alzheimer's patients may respond to therapy with vitamin D3 and curcumin, a chemical found in turmeric spice, by stimulating the innate immune system to clear amyloid beta. But the researchers didn't know how it worked.

"This new study helped clarify the key mechanisms involved, which will help us better understand the usefulness of vitamin D3 and curcumin as possible therapies for Alzheimer's disease," said study author Dr. Milan Fiala, a researcher at the David Geffen School of Medicine at UCLA and the Veterans Affairs Greater Los Angeles Healthcare System.

For the study, scientists drew blood samples from Alzheimer's patients and healthy controls and then isolated critical immune cells from the blood called macrophages, which are responsible for gobbling up amyloid beta and other waste products in the brain and body.

The team incubated the immune cells overnight with amyloid beta. An active form of vitamin D3 called 1a,25-dihydroxyvitamin D3, which is made in the body by enzymatic conversion in the liver and kidneys, was added to some of the cells to gauge the effect it had on amyloid beta absorption.

Previous work by the team, based on the function of Alzheimer's patients' macrophages, showed that there are at least two types of patients and macrophages: Type I macrophages are

Researchers found that in both Type I and Type II macrophages, the added 1a,25-dihydroxyvitamin D3 played a key role in opening a specific chloride channel called "chloride channel 3 (CLC3)," which is important in supporting the uptake of amyloid beta through the process known as phagocytosis. Curcuminoids activated this chloride channel only in Type I macrophages.

The mechanisms behind the effects of 1a,25-dihydroxyvitamin D3 on phagocytosis were complex and dependent on calcium and signaling by the "MAPK" pathway, which helps communicate a signal from the vitamin D3 receptor located on the surface of a cell to the DNA in the cell's nucleus.

The pivotal effect of 1a,25-dihydroxyvitamin D3 was shown in a collaboration between Dr. Patrick R. Griffin from the Scripps Research Institute and Dr. Mathew T. Mizwicki from UC Riverside. They utilized a technique based on mass spectrometry, which showed that 1a,25-dihydroxyvitamin D3 stabilized many more critical sites on the vitamin D receptor than did the curcuminoids.

"Our findings demonstrate that active forms of vitamin D3 may be an important regulator of immune activities of macrophages in helping to clear amyloid plaques by directly regulating the expression of genes, as well as the structural physical workings of the cells," said study author Mizwicki, who was an assistant research biochemist in the department of biochemistry at UC Riverside when the study was conducted.

According to the team, one of the next stages of research would be a clinical trial with vitamin D3 to assess the impact on Alzheimer's disease patients. Previous studies by other teams have shown that a low serum level of 25-hydroxyvitamin D3 may be associated with cognitive decline. It is too early to recommend a definitive dosage of vitamin D3 to help with Alzheimer's disease and brain health, the researchers said. They add that ongoing studies are showing that vitamin D3 may be beneficial in reducing the incidence of a growing number of human diseases.

The study was funded in part by the Alzheimer's Association and by the National Institutes of Health. 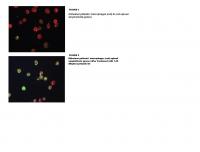