New research findings show that embryonic stem cells unable to fully compact the DNA inside them cannot complete their primary task: differentiation into specific cell types that give rise to the various types of tissues and structures in the body.

Researchers from the Georgia Institute of Technology and Emory University found that chromatin compaction is required for proper embryonic stem cell differentiation to occur. Chromatin, which is composed of histone proteins and DNA, packages DNA into a smaller volume so that it fits inside a cell.

A study published on May 10, 2012 in the journal PLoS Genetics found that embryonic stem cells lacking several histone H1 subtypes and exhibiting reduced chromatin compaction suffered from impaired differentiation under multiple scenarios and demonstrated inefficiency in silencing genes that must be suppressed to induce differentiation.

"This study has uncovered a new, regulatory function for histone H1, a protein known mostly for its role as a structural component of chromosomes," said Anthony Carter, who oversees epigenetics grants at NIGMS. "By showing that H1 plays a part in controlling genes that direct embryonic stem cell differentiation, the study expands our understanding of H1's function and offers valuable new insights into the cellular processes that induce stem cells to change into specific cell types."

"H1 depletion impaired the suppression of the Oct4 and Nanog pluripotency genes, suggesting a novel mechanistic link by which H1 and chromatin compaction may mediate pluripotent stem cell differentiation by contributing to the epigenetic silencing of pluripotency genes," explained Fan. "While a significant reduction in H1 levels does not interfere with embryonic stem cell self-renewal, it appears to impair differentiation."

"H1 triple-knockout embryoid bodies displayed a reduced level of activation of many developmental genes and markers in rotary culture, suggesting that differentiation to all three germ layers was affected." noted McDevitt.

The embryoid bodies also lacked the epigentic changes at the pluripotency genes necessary for differentiation, according to Fan.

"When we added one of the deleted H1 subtypes to the embryoid bodies, Oct4 was suppressed normally and embryoid body differentiation continued," explained Fan. "The epigenetic regulation of Oct4 expression by H1 was also evident in mouse embryos."

In another experiment, the researchers provided an environment that would encourage embryonic stem cells to differentiate into neural cells. However, the H1 triple-knockout cells were defective in forming neuronal and glial cells and a neural network, which is essential for nervous system development. Only 10 percent of the H1 triple-knockout embryoid bodies formed neurites and they produced on average eight neurites each. In contrast, half of the normal embryoid bodies produced, on average, 18 neurites.

In future work, the researchers plan to investigate whether controlling H1 histone levels can be used to influence the reprogramming of adult cells to obtain induced pluripotent stem cells, which are capable of differentiating into tissues in a way similar to embryonic stem cells. 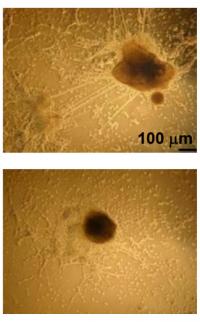 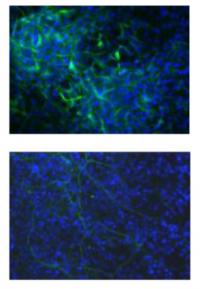