LA JOLLA, CA - A study of binge-drinking rodents suggests that knocking back a few drinks every few days may swiftly reduce one's capacity to control alcohol intake. Scientists at The Scripps Research Institute (TSRI) found signs of cognitive impairment in rats similar to that seen in established alcoholism after the animals had only a few months of intermittent access to alcohol.

The researchers linked the rats' impairment to a small group of neurons that inhibit "executive control" functions in the prefrontal cortex of the brain. These neurons were unusually active in the periods between drinking binges--and the more active they were, the more the rats drank when they next had access to alcohol. The finding, if confirmed in studies of humans, could lead to better treatments, preventive approaches and diagnostic tests for problem drinking and possibly other addiction-like behaviors.

"We suspect that this very early adaptation of the brain to intermittent alcohol use helps drive the transition from ordinary social drinking to binge drinking and dependence," said Olivier George, PhD, senior staff scientist at TSRI and lead author of the study.

"This research is giving us a window into the early development of the addiction process," said the study's senior author, George F. Koob, PhD, chairman of the Committee on the Neurobiology of Addictive Disorders and co-director of the Pearson Center for Alcoholism and Addiction Research at TSRI.

The new study appears online ahead of print in the Early Edition of the Proceedings of the National Academy of Sciences the week of October 15, 2012.

Binge Drinking Versus Consuming a Little Every Day

Scientists have long known that alcohol dependence and other addictions feature striking changes in the brain. These include an overactivity of stress-related circuits and a weakening of the prefrontal executive control circuits that normally act as a brake on emotional reactions and impulsive behaviors. What hasn't been understood is the sequence of neural events by which these changes come about.

To find out more about these early events, Dr. George set up a study of rats that had access to alcohol only three days per week (Tuesday, Thursday and Saturday). Previous research had shown that rats in this intermittent-access situation start out as modest drinkers, but eventually turn into binge drinkers, consuming even more than rats that have 24/7 access to alcohol. "It's like a lot of things in life that the brain perceives as good--if it loses access to it, you feel bad, you get into a negative emotional state, say a little bit frustrated, and so you take more the next time you have access," said Dr. George.

The team confirmed that the group of rats with intermittent access drank markedly more alcohol, on average, than those with continuous access after only six weeks. In tests conducted a few weeks later, during "dry" intervals between drinking bouts, the binge drinking rats scored poorly on measures of working memory, an essential element of executive control. Tests of their brain tissue also revealed that during these withdrawal periods--when the animals would have been expected to be craving alcohol--the prefrontal cortex seemed relatively disconnected from the structures it is meant to regulate, such as the emotion-related amygdala.

"We normally see such changes in the brains of humans or other animals that are highly dependent on alcohol, but here we found these changes in the rats after only a few months of intermittent alcohol use," said Dr. George.

Remarkably, these impairments did not appear at all in the drink-every-day rats, whose alcohol intake remained stable. "They just drink a bit like the French way, the equivalent of a couple of glasses of wine every day, and they're fine," said Dr. George. "They don't escalate."

As for the binge-drinking rats, their cognitive impairment went away if they were kept off alcohol for about two weeks--but the impairment would return if they simply drank again. "One can see the vicious cycle here," said Dr. George. "They drink to restore normal prefrontal function, but ultimately that leads to even greater impairment."

"This process would be of particular concern in adolescents and young adults, in whom the prefrontal cortex isn't even fully developed," Dr. Koob said.

Changes in the Brain

Further tests suggested that the immediate cause of the impairment in the binge-drinking rats was a small population of medial prefrontal cortex neurons known as GABA interneurons. These neurons are known to serve as "dimmer switches" for nearby excitatory neurons within the medial prefrontal cortex. In the binge-drinking rats, the GABA neurons were unusually active during periods of impairment. In general, the more active these GABA neurons are, the less the prefrontal cortex is able to do its primary job of exerting executive control over other, relatively impulse-driven brain regions.

The team also found hints that the GABA interneurons in the binge-drinking rats may be activated by adjacent prefrontal neurons that secrete the stress neurotransmitter CRF. This molecule is already closely associated with alcoholism. In alcohol-dependent rats, and likely in human alcoholics too, abstinence triggers a flood of CRF in the central nucleus of the amygdala--creating a feeling of anxiety that typically can only be alleviated by drinking again. "Now we see that that this early dysregulation of the prefrontal cortex by binge drinking may also be driven by CRF," Dr. Koob said.

The Koob lab and other teams of addiction researchers have begun to investigate CRF-blocking drugs as potential treatments for established alcohol dependence. The new results, Dr. Koob said, raise the possibility that such drugs might also work to prevent alcohol dependence. CRF may turn out to be a good target for diagnostic tests, too. "When someone develops a molecule that binds to CRF with high enough specificity, so that we can measure CRF activity in the living human brain with a PET scan, we might then have a good way to detect if someone is alcohol-dependent or on the path to dependency," he said.

The research was supported by grants from the National Institutes of Health (AA006420, AA008459, AA020608) and the Pearson Center for Alcoholism and Addiction Research at TSRI.

The Scripps Research Institute is one of the world's largest independent, not-for-profit organizations focusing on research in the biomedical sciences. Over the past decades, TSRI has developed a lengthy track record of major contributions to science and health, including laying the foundation for new treatments for cancer, rheumatoid arthritis, hemophilia, and other diseases. The institute employs about 3,000 people on its campuses in La Jolla, CA, and Jupiter, FL, where its renowned scientists--including three Nobel laureates--work toward their next discoveries. The institute's graduate program, which awards Ph.D. degrees in biology and chemistry, ranks among the top ten of its kind in the nation. For more information, see www.scripps.edu.

Journal
Proceedings of the National Academy of Sciences
Funder
National Institutes of Health, Pearson Center for Alcoholism and Addiction Research 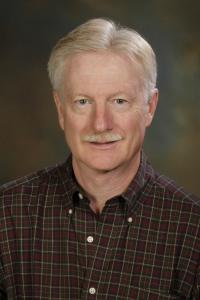 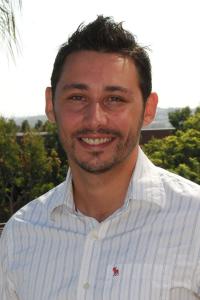