LA JOLLA, CA - November 27, 2012 - Researchers at The Scripps Research Institute (TRSI) are fueling the future of cancer treatment by improving a powerful tool in disease defense: the body's immune system. By revealing a novel but widespread cell signaling process, the scientists may have found a way to manipulate an important component of the immune system into more effectively fighting disease.

The study, recently published online ahead of print by the journal Blood, shows that disabling a particular enzyme, called ItpkB, in mice improves the function of a type of immune cell called Natural Killer cells.

"This is an exciting finding because it could possibly lead to the development of drugs that improve Natural Killer cell function," said TSRI Associate Professor Karsten Sauer, PhD, who led the study. "Natural Killer cells have gained clinical interest as innovative biological therapeutics for certain cancers and also in certain infectious diseases."

Natural Killer cells patrol the body and detect characteristic alterations on the surface of cancer cells or virus-infected cells. Through a complicated and little understood signaling machinery--a domino effect of molecular reactions in a cell that ultimately produces a certain signal--Natural Killer cells then destroy such "stressed" cells.

Compared to other types of immune cells, Natural Killer cells kill these cells quickly. This makes Natural Killer cells important early responders of the immune system. Not surprisingly, researchers have explored engaging this "SWAT team" of the body therapeutically, particularly in blood cancers.

A Way to Prime the Attack

The Sauer group had previously identified ItpkB as a key regulator of immune function. ItpkB acts primarily by producing IP4, a small molecule messenger that controls the functions of various other important signaling molecules. IP4 can improve or inhibit signaling depending on the cell type in which it is produced.

"The enzyme ItpkB has unique features that facilitate its highly specific inhibition by small molecules," said Sauer. "Our findings suggest that such compounds could possibly be used to improve Natural Killer cell function therapeutically. If successful, this could overcome a bottleneck and engage the body's SWAT team to fight cancer." 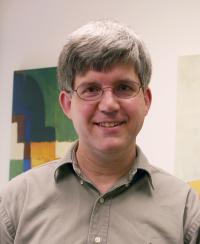