BOSTON--Large-scale genomic sequencing has revealed two DNA mutations that appear to drive about 15 percent of brain tumors known as meningiomas, a finding that could lead to the first effective drug treatments for the tumors, report scientists from Dana-Farber Cancer Institute and the Broad Institute.

Surgery and radiation currently are the only treatments for meningiomas - slow-growing, often benign tumors that develop in the membranes surrounding the brain. Meningiomas can grow dangerously large, however, causing seizures and limb weakness, and occasionally are fatal. In some instances, the tumors grow aggressively or their locations make surgery and radiation a challenge to carry out, and chemotherapy has proven ineffective as an alternative.

The researchers report in the journal Nature Genetics that they have identified two mutations, SMO and AKT1, in the genomes of 15 percent of a group of meningiomas removed during surgery. The findings are being published on the journal's web site in advance of appearing in a print edition.

"The wonderful thing about those mutations is that there are already drugs in the clinic to target cancers with those mutations," said Rameen Beroukhim, MD, PhD, a medical oncologist and cancer biologist at Dana-Farber and the Broad Institute.

"Clinically, there is no medical treatment for meningioma that is known to be effective," said Beroukhim, senior author of the paper along with William C. Hahn, MD, PhD, director of the Center for Cancer Genome Discovery at Dana-Farber, and Ian F. Dunn, MD, a neurosurgeon at Dana-Farber/Brigham and Women's Cancer Center (DF/BWCC).

Beroukhim said that surgery can effectively treat many meningiomas, but the locations of some tumors make surgery a difficult or impossible option. For other patients, there are not curative treatments, so the discovery of the mutations in some meningiomas "is potentially the first path to an effective medical treatment," Beroukhim noted.

Meningiomas are diagnosed in about 18,000 patients annually in the United States. They account for about one-third of primary brain tumors (those that originate in the brain) and are twice as common in women. They are generally slow-growing, and many patients don't require treatment unless the tumor expands and presses on vital structures. But a significant number recur following treatment, and many become malignant.

Beroukhim said that little has been uncovered about the genetic makeup of meningiomas. In the current study, the scientists sequenced either the entire genome or just the protein-coding regions (exomes) in samples of 17 meningiomas. Genes that were found to be altered in those tumors were then sequenced in two additional groups of tumors.

Compared to most types of tumors, the researchers found, the meningiomas had fewer numbers of genetic changes or damage. In some of the tumors they found mutations in two genes that have roles in known cancer-causing signaling pathways. One, SMO, found in three tumors, is a member of the Hedgehog pathway. The second, AKT1, was discovered in five tumors and is a part of the PI3K-AKT-mTOR pathways that is implicated in breast, colorectal and lung cancers. A sixth tumor had a previously unknown mutation in the mTOR pathway.

Together, these mutant gene pathways appeared to be key drivers of 15 percent of the meningiomas studied. Experimental drugs that inhibit those abnormal pathways are in clinical trials and have shown promising activity, the researchers said, suggesting "that patients with these meningiomas may benefit from such targeted therapies already in development or use."

Co-first authors of the report are Priscilla Brastianos, MD, of Dana-Farber and Peleg Horowitz, MD, PhD, of Brigham and Women's Hospital. Other authors are at the Broad, Harvard Medical School, Brigham and Women's, and Massachusetts General Hospital. 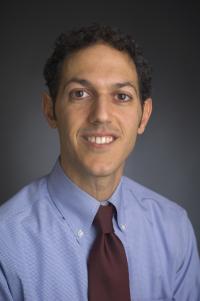