Scientists have come closer to untangling a unique and intricate relationship between animals and bacteria, providing potential insights into the complex association between humans and the microbes we rely on for our health.

Mealybugs, scaly insects that feed on plant juices, have a rare tag-team relationship with bacteria that help the bugs turn plant sap into usable nutrients. Similar to Russian nesting dolls, the bugs house two kinds of bacteria, with one bacterium called Moranella endobia living inside another called Tremblaya princeps. This three-tiered system has never been observed in other animals, and scientists, including CIFAR Associate John McCutcheon (University of Montana), are interested in untangling its inner workings.

"Previous work by me and my collaborators revealed that Tremblaya has a very tiny genome--the smallest cellular genome yet observed--and that it is missing many essential genes," explains McCutcheon. "With such a small and degenerate genome, how is this bacterium surviving? This question was the focus of our new study. We wanted to untangle the role of Moranella and the mealybug in the functioning of Tremblaya."

The team's findings were published in Cell on June 20, 2013, with a special appearance on the cover of the issue.

Using the latest technologies to sequence genomes and measure gene expression, the researchers unravelled the mechanisms used by Tremblaya to survive. "We approached our experiments similar to the way an archaeologist might," says McCutcheon. "It's hard to manipulate this natural bacteria-animal system, but we can do experiments in the lab to figure out how the relationship works and then make predictions about what we should see in different kinds of situations."

The team found that Moranella is playing a big role in providing genes to Tremblaya to help it function. Once it acquired Moranella, Tremblaya must have dropped many of its own genes, since many of them were similar to those in Moranella and therefore no longer needed.

McCutcheon and his team were particularly interested in exploring what genes Tremblaya had transferred to the mealybug genome over time, essentially making the mealybug a keeper of some its essential genes. But surprisingly, they saw no evidence of this kind of gene transfer.

"What we discovered instead was a surprising parallel universe of other genes in the mealybug that were transferred from historical bacterial infections," says McCutcheon.

His team found that the mealybug didn't have any genes from Tremblaya, but rather had at least 22 genes that were transferred to its genome from other bacteria and that were keeping the Moranella-Tremblaya-mealybug relationship alive. These 22 genes seem to complement the genes missing in Tremblaya and Moranella by providing, for example, help in nutrient synthesis and bacterial cell wall maintenance. McCutcheon and his team are now doing experiments to further investigate the role of these genes.

The findings from this study suggest that gene transfer from Tremblaya to the mealybug is not an explanation for Tremblaya's small genome. It also means that the development of the relationship is different from what happens in organelle evolution.

Organelles like mitochondria (the energy powerhouse of complex cells) and chloroplasts (responsible for photosynthesis in plants) were originally bacteria that started living in other cells millions of years ago. Today, mitochondria and chloroplasts still have their own genome, but many of their genes have been transferred to their host genome.

"From this study, it looks like Tremblaya is not progressing along an evolutionary path analogous to mitochondria and chloroplasts," explains McCutcheon.

"Some of the bacteria we work on are quite unusual, so much so that it becomes difficult to still think of them as bacteria," says McCutcheon. "The members of CIFAR's program in Integrated Microbial Biodiversity understand and appreciate microbial diversity like no other group of scientists that I am aware of--from the complexity of organelle evolution to the population genetics of microbial eukaryotes--and my interactions with them have been critical in helping me consider the broad context of my work."

This work was supported by the Grant Agency of the Czech Republic (P505/10/1401), the Program for Promotion of Basic and Applied Researches for Innovations in Bio-oriented Industry (BRAIN), the Royal Society, University of Oxford, a NSF Graduate Research Fellowship, the Utah Agricultural Experiment Station, NIH grants (R01GM076007 10 and R01GM093182), Packard Fellowship, University of Miami start-up funds, NSF awards (IOS-1121847 and IOS-125668), and the Montana NSF-EPSCoR award (EPS0701906).

For more information, or to arrange an interview with John McCutcheon, please contact:

Established in 1982, CIFAR is an independent research institute comprising nearly 400 researchers from more than 100 academic institutions in 16 countries. Our multidisciplinary research networks bring together internationally respected scholars and scientists to address major global questions and challenges. Their work is focused on improving human health and the environment, transforming technology, building strong societies, deepening cultural insights and expanding our understanding of the universe. As a public-private partnership, CIFAR is supported by the Government of Canada and the provinces of Alberta, British Columbia and Ontario, as well as by individuals, foundations and corporations.

Bugs provide new insights into relationships between animals and bacteria 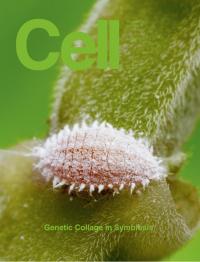