JUPITER, FL - October 2, 2013 - Scientists from the Florida campus of The Scripps Research Institute (TSRI) have discovered some key features that explain just what turns on a protein that is considered to be a master regulator of how the human body uses and stores energy.

The new discoveries could help in the design and development of new therapeutics to treat metabolic disease such as diabetes and obesity--and perhaps some cancers as well.

The new study, led by Patrick R. Griffin, chair of the TSRI Department of Molecular Therapeutics, was published recently online ahead of print by the journal Structure.

All cells need energy to function, and a molecule known as ATP stores what the cells use for fuel. The balance between stored energy and energy consumption is in constant flux, so the ability to sense changes in those energy supplies is essential for survival. When energy reserves run low, a molecule known as AMP activated protein kinase (AMPK), which monitors cellular energy levels, stimulates the generation of ATP and increases those energy stores.

As a result, AMPK has become an attractive target for the treatment of metabolic diseases like diabetes and obesity. But the development of molecular activators of kinase has lagged behind inhibitors because while inhibition is straight forward, less is understood about the mechanism of hyper-activation of kinases.

"Other research has revealed compounds that activate AMPK," said Griffin. "However, until our study no one has been able to confirm exactly where those compounds bind, nor how binding of these molecules leads to an increase in the activity of the kinase."

In the new research, Griffin and his colleagues not only identified the subunit where binding took place, but were able to show that binding by a known AMPK activator fully activates the protein--specifically through biochemical communication with the other subunits, a process that allows AMPK to respond quickly to changes in the cellular energy levels.

"Confirming the activation site and how it communicates with the rest of the protein means that others can start to model AMPK activators to see how effective they might be as potential drugs," Griffin said.

The research was supported Pfizer, Inc. 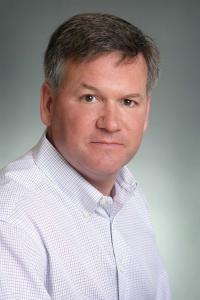