1. Scientists at A*STAR's Institute of Medical Biology (IMB) and Institute of Molecular and Cellular Biology (IMCB) have identified a gene encoding a hormone that could potentially be used as a therapeutic molecule to treat heart diseases. The hormone - which they have chosen to name ELABELA - is only 32 amino-acids long, making it amongst the tiniest proteins made by the human body.

2. The team led by Dr Bruno Reversade carried out experiments to determine ELABELA's function, since its existence was hitherto unsuspected. Using zebrafish designed to specifically lack this hormone, they uncovered that ELABELA is indispensable for heart formation. Zebrafish embryos without this gene had rudimentary or no heart at all (see Figure 1). Their results were published in the 5 December 2013 online issue of Developmental Cell.

3. Deficiencies in hormones are the cause of many diseases, such as the loss of insulin or insulin resistance, that results in diabetes, and irregularities in appetite and satiety hormones that can cause obesity. Hormones are known to control functions such as sleep, appetite and fertility. However, this is the first time that scientists have revealed the existence of a conserved hormone playing such an early role during embryogenesis, effectively orchestrating the development of an entire organ.

4. The team also found that ELABELA uses a receptor previously believed to be specific to APELIN, a blood-pressure controlling hormone. This receptor called APJ or Apelin Receptor has dual functions - it first conveys signals from ELABELA and then from APELIN. Mutations in the Apelin Receptor also prevent the heart from forming. Zebrafish bereft of the Apelin Receptor are referred to as the Grinch, in reference to the cold and heartless cartoon character created by Dr. Seuss in 1957.

5. ELABELA has also been found to be expressed in human embryonic stem cells , indicating that it might have other functions beyond its role in cardiovascular development.

6. The team's findings hold great promise for the potential use of ELABELA as a therapeutic molecule for cardiovascular disease to be used in cardiac repair and control of hypertension. As some people might have a harmful copy of the ELABELA gene in their genetic make-up, sequencing and screening for this particular gene in the general population might also help to detect predisposition to heart anomalies before the disease progresses.

7. Dr Bruno Reversade said, "The human genome has been sequenced over a decade ago. That we can still find anonymous hormones charms me. There are a still a few more to discover...but not for long."

8. Prof Birgitte Lane, Executive Director of IMB, said, "This discovery shows great promise for the development of targeted therapies for heart disease and blood pressure control in the future. It is an excellent example of how basic research can lead to surprising and unexpected findings that may change and refine medical practice."

9. Prof Hong Wan Jin, Executive Director of IMCB, said, "I am very pleased with Bruno's achievement as it reflects the synergy of collaboration and joint efforts among various research institutes in Singapore."

The research findings described in this media release can be found in the 5 December 2013 online issue of Cell Press under the title, "ELABELA: A Hormone Essential for Heart Development Signals via the Apelin Receptor" by Serene C. Chng1,#, Lena Ho1,#, Jing Tian1, and Bruno Reversade1,2,3

# These authors contributed equally to this work

*Correspondence should be addressed to: Bruno Reversade

Dr. Bruno Reversade, a human geneticist and embryologist holds a Senior Principal Investigator position at IMB and IMCB. He is the coordinating investigator on A*STAR's strategic programme on rare genetic diseases. He is an adjunct professor of the Department of Paediatrics at the National University of Singapore. He is also a Fellow of the Branco Weiss Foundation based at ETH in Switzerland, and was the first recipient of the A*STAR Investigatorship, and the first EMBO Young Investigator based outside Europe. For more information about Dr. Reversade's laboratory, visit http://www.reversade.com.

About the Institute of Medical Biology (IMB)

IMB is one of the Biomedical Sciences Institutes of the Agency for Science, Technology and Research (A*STAR). It was formed in 2007, with a mission to study mechanisms of human disease in order to discover new and effective therapeutic strategies for improved quality of life.

IMB has 20 research teams working in three primary focus areas - stem cells, genetic disease, and skin biology. The teams work closely with clinical collaborators as well as industry partners, to target the challenging interface between basic science and clinical medicine. IMB's strategic research topics are targeted at translational research to understand the mechanisms of human disease so as to identify new strategies for disease amelioration, cure and eradication and to improve health and wellbeing. Since 2011, IMB has also hosted the inter-research institute Skin Biology Cluster platform, and leads major strategic funding programs in rare genetic diseases and in skin biology. In 2013 IMB became a founding institute of the Skin Research Institute of Singapore.

About Institute of Molecular and Cell Biology (IMCB)

The Institute of Molecular and Cell Biology (IMCB) was established in 1987 at the National University of Singapore (NUS) before becoming an autonomous research institute (RI) of A*STAR and moving to Biopolis in 2004. IMCB strives to maintain the scientific excellence of PI-driven research and at the same time aims to promote collaborative team-based projects of medical and industrial relevance.

About the Agency for Science, Technology and Research (A*STAR)

The Agency for Science, Technology and Research (A*STAR) is Singapore's lead public sector agency that fosters world-class scientific research and talent to drive economic growth and transform Singapore into a vibrant knowledge-based and innovation driven economy. In line with its mission-oriented mandate, A*STAR spearheads research and development in fields that are essential to growing Singapore's manufacturing sector and catalysing new growth industries. A*STAR supports these economic clusters by providing intellectual, human and industrial capital to its partners in industry.

A*STAR oversees 20 biomedical sciences and physical sciences and engineering research entities, located in Biopolis and Fusionopolis as well as their vicinity. These two R&D hubs, house a bustling and diverse community of local and international research scientists and engineers from A*STAR's research entities as well as a growing number of corporate laboratories. For more information, visit http://www.a-star.edu.sg 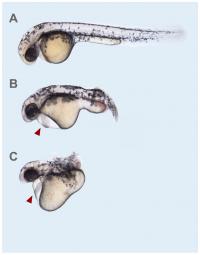