To know how many proteins assemble together at the nanoscale is fundamental for understanding protein function. Sometimes, proteins must be in an "oligomeric" state to be functional, although "oligomerization" of certain proteins can also lead to diseases. The ability to determine protein stoichiometry and monitor changes in the balance between monomeric, dimeric and multi-meric proteins can allow scientists to see the differences between a properly functioning cell and a diseased cell. Therefore, there is a great interest in being able to count proteins and determine their stoichiometry.

In a recent study carried out at ICFO, the Institute of Photonic Sciences, the research group of Advanced fluorescence imaging and biophysics, led by Nest Fellow Dr. Melike Lakadamyali was able to quantify the photoactivation efficiency of all the known "ir-reversibly photoswitching fluorescent proteins" and establish a proper detailed reference framework for determining protein stoichiometry. To do this, they used a nanotemplate of known stoichiometry (the human Glycine receptor expressed in Xenopus oocytes) and studied several fluorescent proteins to see the percentage of proteins that was photoactivated. The results of this study have recently been published in Nature Methods.

By measuring the photoactivation efficiency as well as other photophysical factors such as blinking, the group determined which proteins are best suited for molecular counting and found that none are perfect (most fluorescent proteins fail to photoactivate about 50% of the time). Therefore, they emphasized the importance of taking into account the photoactivation efficiency to correctly interpret the quantitative information.

Dr. Lakadamyali states that "at the moment we have to work with imperfect fluorescent proteins and take into account the limitations when quantifying protein stoichiometry, however, now that there is a robust way to characterize photoactivation efficiency, future fluorescent protein engineering work will likely focus on optimizing this parameter for generating fluorescent proteins better suited for molecular counting using super-resolution".

ICFO-The Institute of Photonic Sciences was created in 2002 by the government of Catalonia and the Technical University of Catalonia as a center of research excellence devoted to the science and technologies of light with a triple mission: to conduct frontier research, train the next generation of scientists and technologists, and provide knowledge and technology transfer. In recognition of research excellence, ICFO was granted the prestigious Severo Ochoa accreditation by the Ministry of Science and Innovation.

Research at ICFO targets the forefront of science and technology based on light with programs directed at applications in Health, Renewable Energies, Information Technologies, Security and Industrial processes, among others. The center currently hosts 300 professionals including researchers and PhD students, working in 60 laboratories. All research groups and facilities are located in a dedicated 14.000 m2 building situated in the Mediterranean Technology Park in the metropolitan area of Barcelona.

The institute participates in many projects and international networks of excellence and is the recipient of generous philanthropic support by Foundation Cellex. 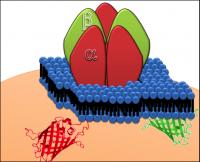