The European Research Council (ERC) has awarded a Consolidator Grant to ICREA researcher Xavier Salvatella, head of the Molecular Biophysics Lab at the Institute for Research in Biomedicine (IRB Barcelona). Including this new grant, scientists at IRB Barcelona now hold nine ERC projects of excellence, two of these covered by Consolidator Grants.

Xavier Salvatella will receive 1,950,000 euros of funding from the ERC until 2020 to study a fundamental feature of protein biology. The objective of the "Concert" project is to unravel the connections between distant points of a protein that ensure that motions in a certain site determine those in a distant part of the same molecule. "This is what we refer to as concerted conformational motions; they can be equated with the choreography of dancers--understood as atoms--, in which if the first one raises an arm, the last one in the chain will also do the same," explains Salvatella.

Disclosure of these "internal highways" through which information is transmitted could transform the field of drug discovery, as it would imply the identification of many other valid sites in proteins towards which to direct drugs. The project could have particular biomedical implications for the identification of new treatments for prostate cancer, as the studies will be performed with the androgen receptor--the protein targeted by the drug currently used to treat this disease.

Prostate cancer patients who have not responded to surgery or radiotherapy, which account for 20% of cases, receive pharmacological treatment. The drug administered acts on a given site of the androgen receptor, blocking its activity, which is crucial to impede tumour relapse. This treatment invariably loses efficiency in the mid-term because the site to which the drug binds mutates.

Salvatella's research supports the idea that other sites in the protein that are connected and through which information is transmitted are equally as valid as the site to which the drug binds. However, there is a lack of full structural information about the androgen receptor and the "internal highways" used for information transmission. "Preliminary results indicate that the highways exist and that therefore there could be many other sites on the androgen receptor to which drug targeting would be equally or more efficient than the site we already know. The project will help us to identify the alternative sites," he explains.

Seventy thousand Europeans die of prostate cancer each year, and in Spain it is the most diagnosed cancer among men and the third most fatal after lung cancer and colorectal cancer.

The ERC set up the Consolidator Grants to support young researchers with a promising scientific career and to ensure new generations of scientific leaders. According to the announcement made by this organisation today, it has awarded funding to 372 of the 2.528 applicant projects in this call (15% of success). 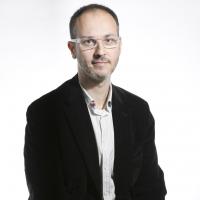