JUPITER, FL - March 16, 2015 - Ribosomes, ancient molecular machines that produce proteins in cells, are required for cell growth in all organisms, accomplishing strikingly complex tasks with apparent ease. But defects in the assembly process and its regulation can lead to serious biological problems, including cancer.

Now, in a study published in the March 16 issue of The Journal of Cell Biology, scientists from the Florida campus of The Scripps Research Institute (TSRI) have confirmed the ribosome assembly process as a potentially fertile new target for anti-cancer drugs by detailing the essential function of a key component in the assembly process.

"This study confirms that ribosome assembly is a good therapeutic target in cancer," said Katrin Karbstein, a TSRI associate professor who led the study. "Whether or not we have pinpointed the best molecule remains to be shown, but this is a vindication of our basic research. There should be effort devoted to exploring this pathway."

Understanding ribosome assembly--which involves about 200 essential proteins known as "assembly factors" in addition to the four RNA molecules and 78 ribosomal proteins that are part of the mature ribosome--has become a fruitful area of research in recent years because of the importance of ribosome assembly for cell growth.

The new study highlights the molecules Casein kinase 1δ (CK1δ) and CK1ε, which are essential for human ribosome assembly. The expression of CK1δ is elevated in several tumor types, as well as Alzheimer's and Parkinson's disease--and CK1δ inhibitors have shown promise in some pre-clinical animal studies.

In the new study, Karbstein and her group--working closely with three labs across the state of Florida, including the laboratory of William Roush at Scripps Florida--used Hrr25, the yeast equivalent of Casein kinase 1δ (CK1δ) and CK1ε, as a research model.

In biochemical experiments, the team showed that Hrr25 is necessary for ribosome assembly and that the molecule normally adds a phosphate group to an assembly factor called "Ltv1," allowing it to separate from other subunits and mature. If Hrr25 is inactivated or a mutation blocks the release of Ltv1, the assembly process is doomed.

"Inhibiting Hrr25 and the subsequent release of Ltv1 blocks the formation of other subunits that are required for maturation--and the subsequent production of proteins," said Homa Ghalei, the first author of the study and a member of the Karbstein lab.

"This clearly establishes that the anti-proliferative potency of these inhibitors is in large part due to blocking ribosome assembly," Karbstein said.

In addition to Karbstein and Ghalei, other authors of the study, "Hrr25/CK1?-Directed Release of Ltv1 From Pre-40S Ribosomes Is Necessary For Ribosome Assembly And Cell Growth" (10.1083/jcb.201409056), are Joanne R. Doherty, Yoshihiko Noguchi and William R. Roush of TSRI; Franz X. Schaub and John L. Cleveland of The Moffitt Cancer and Research Institute; and M. Elizabeth Stroupe of Florida State University. See http://jcb.rupress.org/content/208/6/745.abstract 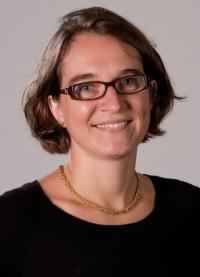