Scientists have for the first time captured live images of the process of taste sensation on the tongue.

The international team imaged single cells on the tongue of a mouse with a specially designed microscope system.

There are more than 2,000 taste buds on the human tongue, which can distinguish at least five tastes: salty, sweet, sour, bitter and umami.

However the relationship between the many taste cells within a taste bud, and our perception of taste has been a long standing mystery, said Professor Seok-Hyun Yun from Harvard Medical School.

"With this new imaging tool we have shown that each taste bud contains taste cells for different tastes," said Professor Yun.

The team also discovered that taste cells responded not only to molecules contacting the surface of the tongue, but also to molecules in the blood circulation.

"We were surprised by the close association between taste cells and blood vessels around them," said Assistant Professor Myunghwan (Mark) Choi, from the Sungkyunkwan University in South Korea.

"We think that tasting might be more complex than we expected, and involve an interaction between the food taken orally and blood composition," he said.

The team imaged the tongue by shining a bright infrared laser on to the mouse's tongue, which caused different parts of the tongue and the flavour molecules to fluoresce.

The scientists captured the fluorescence from the tongue with a technique known as intravital multiphoton microscopy. They were able to pick out the individual taste cells within each taste bud, as well as blood vessels up to 240 microns below the surface of the tongue.

The breakthrough complements recent studies by other research groups that identified the areas in the brain associated with taste.

The team now hopes to develop an experiment to monitor the brain while imaging the tongue to track the full process of taste sensation.

However to fully understand the complex interactions that form our basic sense of taste could take years, Dr Lee said.

"Until we can simultaneously capture both the neurological and physiological events, we can't fully unravel the logic behind taste," he said. 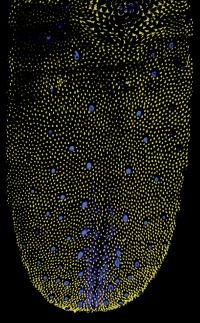